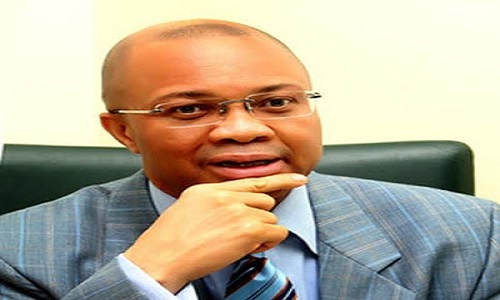 The Director-General, Budget Office of the Federation, Ben Akabueze, has said that contrary to reports going on in some quarters, the 2017 Budget is free from padding.

He said this at a news conference in Abuja on Thursday while clarifying issues raised concerning the budget.

Mr. Akabueze said that “padding” was a term used to describe unauthorised or undisclosed insertions into the budget.

“I can say without equivocation that there is no padding in the 2017 budget proposal.

“The process of preparing the 2017 budget required MDAs to upload their budgets online by their accredited officers, who were issued access codes to ensure an audit trail of all entries.

“The Chief Executive/Chief Accounting Officers of all MDAs were required to certify their final budget inputs.

“The budget presented to the National Assembly by Mr President was exactly what the MDAs certified,’’ he said.

He also said that there was a valid concern about difference in prices for the same items, adding that the Bureau of Public Procurement (BPP) was updating its price list.

He said that the price list when updated would be structured into the budget preparation application to make it impossible for various agencies to use the different prices for the same items in the budget.

He added that going forward, the Budget Office and the BPP would work collaboratively to ensure timely review of price lists.

Mr. Akabueze said that various commentaries had termed some expenditure as frivolous, suspicious or wasteful, but that no item should be regarded as such.

He said that for welfare packages set aside to cater for support for funerals of deceased staff and so on, it was impossible to accurately project them and so MDAs used their best judgement.

For security and cleaning services, he said that the Federal Government had outsourced them and that there must be provisions to pay the companies that provided those services.

As for electricity and utility costs, he said that because the power sector was beset with unpaid bills by MDAs, the Federal Government had directed them to make adequate provisions to enable them to pay their bills when due.

He said that the 2017 budget was prepared, using the Zero-Based Budget (ZBB) system which required that every project/programme must be justified each year for inclusion in the budget.

“This does not imply that projects captured in the previous year’s budget will not feature in the current proposal, especially if the project was not implemented due to funding challenges or is still an ongoing project.’’

Mr. Akabueze said that some people had queried the description of some projects as repetition of those projects, adding that it was not a defect.

He explained that the departure from incremental budgeting system to ZBB required that projects were costed at activity level.

He also said that there were reports in the budget which were non-existent such as the N250 million for the construction of gate house in the Vice President’s quarters.

“These items and provisions are not in the 2017 budget proposal’’, he said.

He said that there was a claim that the provision for annual budget expenses and administration appeared multiple times in the budget of different MDAs.

He, however, said that there were over 800 MDAs all of which must make provisions for expenses related to the budget exercise.

“Someone simply aggregated the budgets of the Budget Office, the Ministry of Budget and National Planning and the provisions made by receptive MDAs for budget preparation and administration.

“They described the total of N5.41 billion as cost of preparing the budget.

“This is not correct and reflects a lack of appreciation of the full scope of responsibilities of the budget office and its parent Ministry of Budget and National Planning.’’

Mr. Akabueze said that the proposed budget was a quantitative expression of government’s financial plans with a focus to systematically achieve rapid economic recovery and sustained inclusive growth.

He added that the budget summarised key ingredients of the Nigeria Economic Recovery and growth Plan (NERGP) 2017-2019 which built on the strategic implementation plan of the 2016 budget.

The director-general assured that the Budget Office was committed to ensuring involvement of Nigerians in the budget process, adding that the National Assembly was also committed to passing the budget in March.

President Muhammadu Buhari presented the 2017 Appropriation Bill to the National Assembly on Dec. 14, 2016 with projected oil revenue at N1.99 trillion, on price benchmark of 42.5 dollars per barrel.

He also presented the Medium Term Expenditure Framework (MTEF) and Fiscal Strategy Paper (FSP) for 2017-2019 with the same price.