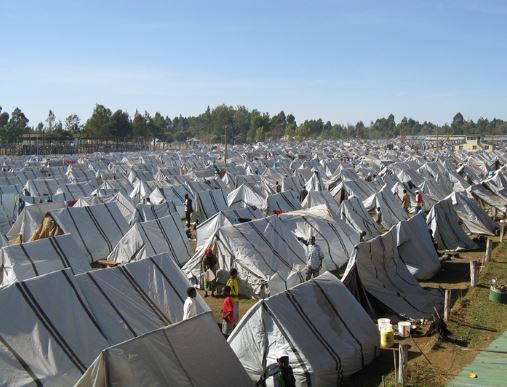 The international community have gathered in Oslo, Norway, to raise funds for humanitarian assistance to over seven million people, especially in North East Nigeria and Lagos Chad region, where there is urgent need for food.

Norway, Nigeria, Germany and the United Nations who are in the forefront of the Oslo Humanitarian Conference, are hoping to raise at least $1.5 billion to support the most vulnerable people in the region. In a joint statement issued by foreign ministers of Germany, Norway, Nigeria and the Emergency Relief Coordinator of the United Nations, the entire world’s being urged to take urgent steps to save lives of people currently threatened by drought and famine in the region. “One of the largest humanitarian crises of today is currently unfolding in North-Eastern Nigeria and neighboring regions of Niger, Chad and Cameroon. ‘’The brutal violence of Boko Haram has raged for years, terrorizing people, forcing millions to flee their homes, as well as in some cases their countries, and disrupting local economies,” the statement read. It added that as more areas were becoming accessible for humanitarian organizations, the full scale of the suffering of the people was being revealed. The statement read: “In Nigeria alone, 26 million people live in the affected areas. 11 million people in the region rely on humanitarian assistance and among them more than 7 million people are in need of urgent food assistance. “These numbers represent millions of individual tragedies. Women, men, girls and boys, elderly people, young people and infants require assistance to survive. The United Nations estimates that more than 1.5 billion USD is required for 2017 alone to support the most vulnerable people in this region.’’ According to the statement, the fund raised will be channeled towards provision of food, increase protection of the most vulnerable, women and children, and education for millions of children and youths who have been away from school since crisis broke out in the region. The foreign ministers emphasized the need to address the root causes and break the cycle of terror, fragility, displacement, poverty and development deficits. “We must do more in the area of prevention and stabilization to set the conditions for political solutions. Without stability and development, human suffering will not come to an end”, they stated. “While preparing for this important conference, we are also mindful of the grave humanitarian situation in other parts of Africa. Displacement continues to rise in some regions of Africa as a result of armed conflicts and severe drought. “Together, we must increase our efforts to end this spiral. The Oslo Humanitarian Conference offers an opportunity to save lives and support millions of people in need in North-East Nigeria and the Lake Chad Region. Let us all seize this opportunity,” they beckoned on the world.”