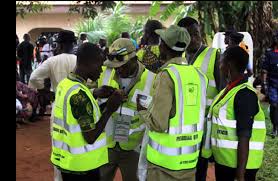 Four days to the Saturday rerun election in Riv­ers State, the National Youth Service Corps (NYS) has withdrawn corps mem­bers from participating in the exercise.

The election will hold in Etche Local Government Area for the vacant House of Representatives’ seat.
The State Coordina­tor of NYSC, Mr. Omotayo Adewoye, disclosed this on Monday during a stakehold­ers’ meeting in Port Harcourt which was organised by the State Police Command to­wards a peaceful election in the council.

According to Adewoye, the move to retrain 300 corps members for the elec­tion was due to the violence that marred the last Decem­ber 10, 2016 election where he said, one corps member was killed.

He said: “I am just a month old here, when on Thursday I received a letter calling for interested corps members, 300 in numbers to participate in the Etche election.

“I am quite aware of the Memorandum of Under­standing (MoU) that exists between the Independent National Electoral Commis­sion (INEC) and the NYSC. I am not a signatory to the MoU, so I had to approach the National Directorate Headquarters in Abuja. I equally contacted the field of­ficer in Etche Local Govern­ment Area where the election is supposed to be held, to get the corps members ready in case we are taking part in the election.”

“I am standing here to let you know that the corps members may not take part in the election because of the violence that marred the last elections in this state in which we lost one corps member,” he said.

Earlier, the Acting Com­missioner of Police, DCP Ahmed Magaji, promised equal treatment for all par­ticipants during the election.

Magaji said that the police will remain apolitical during the election but warned that the command will not toler­ate any form of violence or crisis from any politicians or their supporters in the area. He called for support from sister agencies, INEC, politi­cians and other stakeholders to ensure a successful, free and fair election in the area. 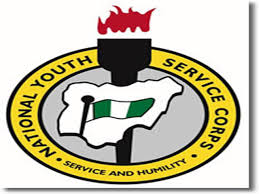