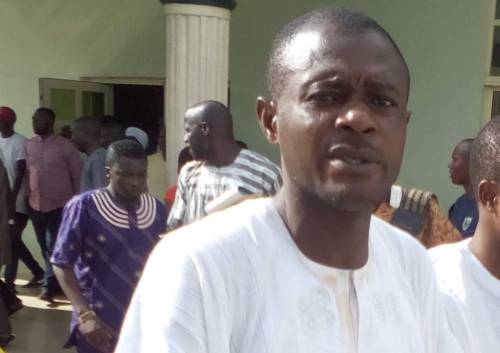 It was gathered that Omomowo died following a brief illness suspected to be high blood pressure.

The deceased was said to have attended a political meeting in Akure which lasted for several hours.

It was gathered that he slumped shortly after the meeting and was quickly rushed to the Ondo State Specialists’ Hospital but passed on before getting to the hospital.

The Special Adviser on Media to the late council boss, Mr. Bode Omoyoloye, who confirmed the incident to journalists, said his boss was hale and hearty before attending the meeting, saying that Omomowo’s death came as “a rude shock” to the council area.

He said, “He was not showing any sign of sickness before his death because he left Igbokoda to Akure for a political meeting with his vice and the secretary.

“After the meeting, he slept in a hotel, but he slumped before he got to his car and died before getting to the hospital.

“He was a fine gentleman, easy-going and generous to all as he was enjoyed by all Ilaje indigenes since he was sworn in as the LGA boss.”

“On behalf of the state governor, Dr. Olusegun Mimiko, the state commiserates with the family of the deceased, the people of Ilaje and the entire people of Ondo State,” he said.

Omomowo was elected as the Chairman of Ilaje Local Government Area at the April 23, 2016 local government elections.