Home News Feed Pastor Brings Girl Back to Life After Being Declared Dead by a...
Facebook
Twitter
WhatsApp
A Nigerian pastor has narrated how he was able to raise a little girl to life after she was certified dead by a doctor. 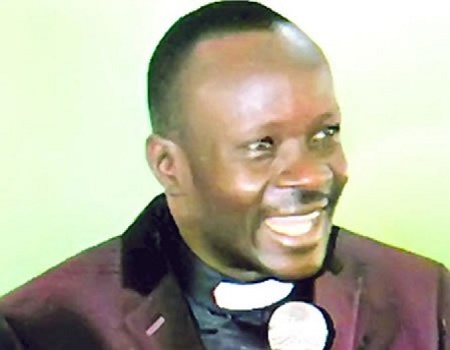 A man of God who is the Superintendent of Olorunkosehunti Zone of the Christ Apostolic Church (CAC), Ogbomoso, Oyo State, Pastor M.I. Oyelade, has shedded more light into details of how he raised a little girl back to life after she was declared by a doctor in Oyo state.
In an interview with Tribune, he narrated how he began and where the source of his power comes from.
*********
How did you find yourself in the ministry?
It was prophesied long before I was born that I would grow to be in the service of God. And the word of God must always manifest. That is the summary of the whole thing. I have dedicated my life to the service of God and I have never had a cause to turn back from this path. I want to thank our leaders, from the President, Pastor Akinosun, to our General Evangelist, Baba Abiara and many others for their faith. I was in the United States of America with Ba far God has taken the church. The reception everywhere was wonderful and that was a testament to the fact that God is always there for us.
What inspired the construction of the auditorium built recently by the church?
The auditorium was prophesied by our mother in the Lord, the late Prophetess Serah Olorunyomi. The Lord spoke through her and assured me that the project was a done deal. I am very happy that, despite some deprivation I subjected God’s wish has finally manifested. The president of CAC worldwide, Pastor Abraham Akinosun, was present at the dedication, to God be the glory. To say the least, I was excited. Though he had given me his word that he would make it for the event, I was very happy seeing him. He is known for that. He is a man of his word. That is why the church is expanding.
What is the significance of Pastor Akinosun’s attendance?
We should avoid personalising it; everything belongs to God. His coming is not to my credit. It is to the glory of God. He is known worldwide for identifying with his following at all times. So, the significance of his coming should be seen from the angle of his commitment to the growth of the CAC.
The testimony of Rebecca was really amazing. How did you raise her back to life after the doctor was said to have certified her dead?
I think the girl and her parents are in the best position to talk more about it. This is to avoid blowing one’s trumpet. I know you understand what I mean, especially with what goes on today and the many endtime churches present everywhere.
Having spoken to her family, one would also want to hear how God used you to perform the miracle.
To God be the glory, it is not by my might. It is by the power of God. Rebecca was not the first person God has used me to raise back to life. On the day of the incident, my wife picked an urgent call from Rebecca’s mother, calling my attention to the state of the girl in the hospital. When my wife broke the news, I did not have a choice other than to rush to the hospital where I met her lifeless body.
How did you know she was gone?
They had packed her after a doctor had confirmed she was dead. When I got to the room, I asked the mother to allow me some time with her, during which I prayed to God to revive her. It was a serious prayer and I thank God that He again demonstrated his might on that day. I want to emphasise the that miracle is from God, not man.
Source: Tori