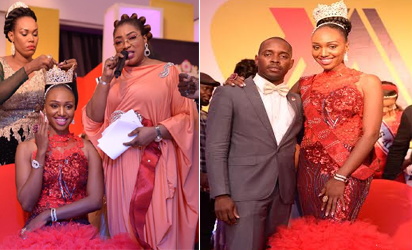 The newly crowned queen, a mother of three, married to Pastor David Obiora Okoye is highly educated with academic certificates that includes Bachelor of Arts degree in History, Advanced Diploma in Personnel Management, Master’s degree in History and currently a PhD student in Benue state University.

She was indeed the cynosure of all eyes as she dazzled on stage impressively to the excitement of both the judges and the overwhelming audience. Judges rated her performance as eye-catching and commendably arresting.

With her community service project to Inspire and support the less privileged people all over the country and in her community tagged; “R.E.A.C.H, acronym for ‘Remember that Every Action Can Help” she believes that there’s need for every woman to be more productively involved in contributing to sustainable development in the country.

The Chief Executive Officer and Project director of Mrs Accolade beauty pageant award, Mrs Ginika Tor congratulated the winners for their feat and promised to support them in whatever capacity to ensure they reign supreme.