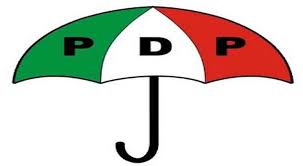 The ruling People Democratic Party, PDP, in Gombe State has won all the seats contested in the Council polls conducted on Saturday.

Announcing the result in Gombe on Sunday, Caleb Maina, Chief Returning Officer and Chairman of the Gombe State Independent Electoral Commission, GOSIEC, stated that PDP won all the 114 councillorship and 11 chairmanship positions.

Mr. Maina said the law establishing GOSIEC had empowered Presiding Officers to announce those who won as councillors at the polling units.

“Respective results for the councillors election had already been announced, which indicated that PDP won all the councillor seats in all the 114 wards of the 11 local government areas.

He said that the state chief judge had already established a panel to entertain petitions from those dissatisfied with the outcome of the election.