Pigeons in Spain fed contraceptives in bid to reduce their population

In a bid to reduce the population of pigeons, the Barcelona City Hall which has applied periodic culls, capturing and then killing the birds, has decided to take a more humane and practical approach, which it hopes will cut the birds’ numbers from around 85,000 in Barcelona, Spain.

On Tuesday, the council unveiled its plan, calling it “a clear and decisive bid for ethical control of pigeon populations,” taking its lead from the Italian city of Genoa.

City Hall hopes to reduce the population by around 20% in the first year of the contraceptive scheme, with overall numbers falling by 80% in four to five years. The cost of the project will be €250,000 a year, but authorities in the regional capital say it will be cheaper in the long term than the methods used up to now, while money will also be saved on cleaning public buildings spattered with corrosive pigeon droppings. 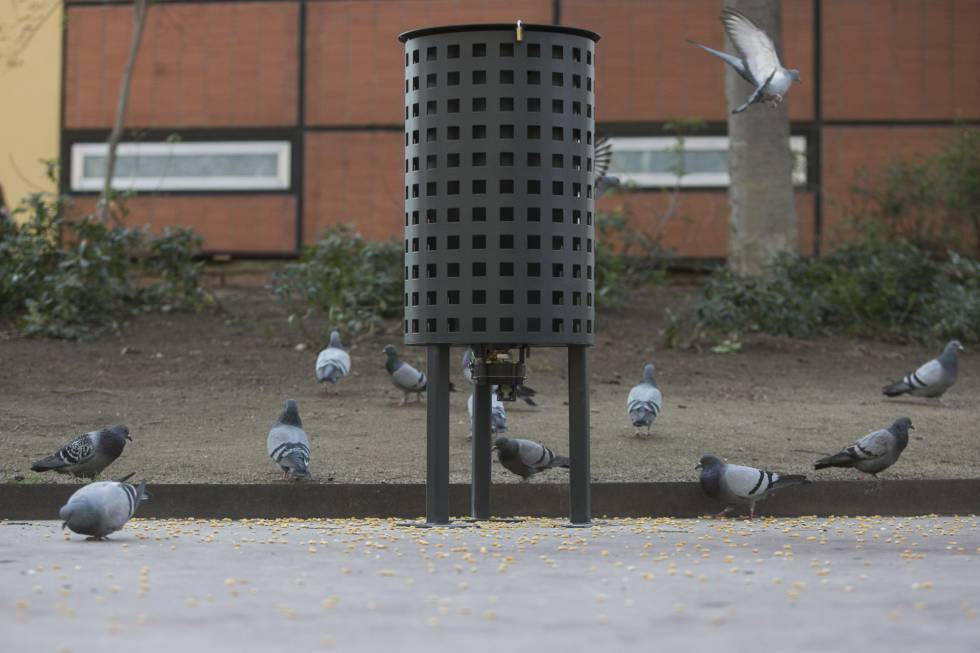 At first glance, the dispensers look like smart new garbage bins, but the 40 black metal cylinders that have appeared in parks throughout central Barcelona contain bird seed spiked with contraceptives. The local council is hoping that the measure will help to reduce the pigeon population in the Catalan capital.

Francesc Ximeno, Barcelona’s environmental commissioner, explained that the dispensers will release maize at 8am each day, when pigeons are reportedly most hungry. Each dispenser, distributed throughout 10 districts, will feed a local pigeon colony. The maize, which is large enough not to be edible for other species, is coated with nicarbazin, which limits ovulation in females and also affects sperm in males.

City Hall officials say that pigeons are not only a nuisance to humans and other animals, but “can affect health, urban mobility, public spaces and vegetation.” Last month, Catalonia’s Supreme Court accepted a claim by a former tourist guide who said that she had contracted pulmonary fibrosis as a result of being constantly exposed to pigeon droppings in Barcelona’s Plaza de Catalonia.