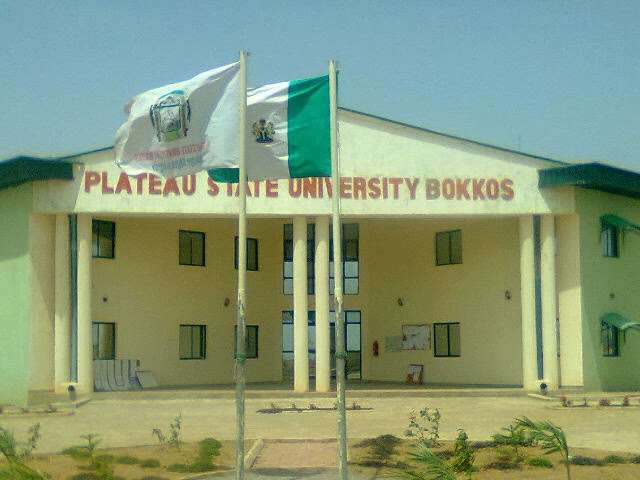 The Plateau State University, Bokkos has suspended the Chairman and Secretary of the varsity’s chapter of the Senior Staff Association of Nigeria Universities (SSANU), Messrs Timnan Rimdap and Dusu Sambo Yaro.

The suspension letters, dated Jan. 27 and signed by Mr Amos Mallo, the university’s Registrar, indicated that the suspension was for three months during which they would receive only half of their basic salaries.

Timnan is the Head of the ICT unit, while Yaro is in the academic planning unit.

The letters barred them from entering the university’s premises during the period “except with the express permission of the Vice-Chancellor, Registrar or Acting Chief Security Officer”.

The officers were directed to hand over their duties and Identity Cards to the most senior officers in their departments.

A copy of Timnan’s suspension letter indicated that he was fired after management felt dissatisfied with his response to queries bordering on SSANU issues and alleged absence from duty.

The letter accused him of “insubordination, lack of respect to constituted authority and attempting to tarnish the image of the university through falsehood and misrepresentation of facts”.

Sources from the Registry traced the development to the inauguration, on Nov. 23, of the school’s chapter of SSANU, by the union’s national body, and the subsequent request for members’ check-off dues by the Timnan-led interrim executive committee.

NAN learnt that the Vice Chancellor declined the request for the dues, and insisted that he would only recognise the body after it had been registered by the school.

Copies of numerous letters, between the management and SSANU, showed that while the former insisted on registering before recognising every trade union, the later argued that the registration of trade unions was the sole responsibility of the Registrar of Trade Unions.

In one of such letters, SSANU quoted section 3 (1) of the Trade Unions Act 2004, as conferring that privilege only on the office of the Registrar of Trade Unions in the Federal Ministry of Employment, Labour and Productivity.

“The National President of SSANU – a registered trade union – has granted approval for the establishment of a branch thereof in Plateau State University and the recognition of the union by an employer is obligatory,” SSANU argued.

SSANU, therefore, declared that it was “unnecessary and unconstitutional to have another registration with the university”.

But management, in a memo dated Jan. 10, insisted on the registration of all trade unions so as to monitor their activities, and directed unions, intending to operate in the school, to forward a list of officials, constitution and current membership list, for registration with the university.

It followed that up by specifically requesting minutes of the meeting where SSANU members agreed to the 2 per deduction on their salaries as check-off dues, and finally ruled that only individuals could write, granting permission to management, to tamper with their wages.

The university management, meanwhile, frowned at the tone of letters to it, and direct text messages to the Vice Chancellor, which it considered disrespectful, and accused Timnan and the union of using unpalatable language.

Contacted, Prof. Doknan Sheni, the university’s Vice Chancellor, said that the suspension had nothing to do with SSANU or a desire to stifle the union.

“No one will refuse to pay check-off dues; but we wanted to be sure that he (Timnan) was representing the union and had members’ mandate to deduct the check-off dues.

“We asked him to produce minutes of congress meetings and, specifically, where they agreed that monies be deducted. We also wanted to know if SSANU mandated all the write-ups sent to management.

“Instead of providing the information, Timnan was blackmailing the management and the Vice Chancellor.

“The Registrar of the school is a senior member of SSANU; he has denied ever attending any congress meeting where deductions were endorsed,” Sheni said.

Sheni also accused Timnan of “just disappearing from school without permission”, and described that as a “grievous offence”.

Reacting to his suspension, Timnan expressed shock over management’s action, and wondered why he would be suspended without any prior warning, as stipulated in the university’s conditions of service.

“The law says that one can only be suspended after two warnings; in my case, I have never been given a verbal, much less written warning,” he said.

He said that the suspension was a “gross violation of our rights to freedom of association,” and opined that the intention was to “intimidate members of SSANU”.

“There is nothing in the trade union act that makes it mandatory for the union to submit its minutes to any employer because the union is an independent body, but SSANU has submitted minutes of four congress meetings to the management,” he added.

According to him, the minutes confirmed that members indeed gave their consent to the deduction of dues.

“Such deductions are even a requirement of both SSANU constitution and the trade union act 2004,” he said.

On allegations that he absented himself from duty without permission, Timnan said that he was sick for three days, and later had to write his examinations at Abubakar Tafawa Balewa University, Bauchi.

“I applied for annual leave so as to use the time to attend to my health and write the examinations, but the leave was not approved,” he said.