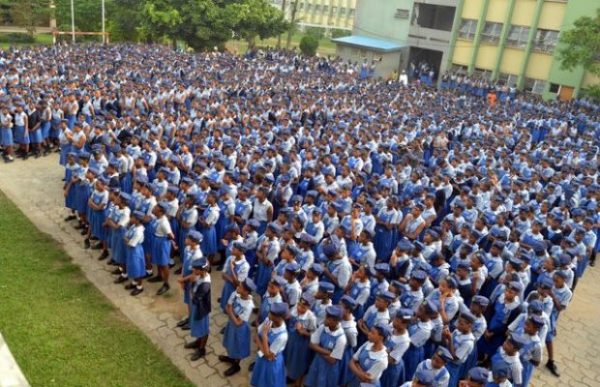 They allegedly ate Spaghetti and drank water served in the Refectory by the college cooks, Daily Sun reports.

The Federal Ministry of Health, which gave this order, said it had commenced investigations into the death of the students.

It was gathered that following the outbreak of diarrhoea in the school, parents, whose wards resumed on Monday, contacted officials of the Parents Teacher Association (PTA), to find out the situation of things.

Only Senior Secondary III students resumed on Monday, to complete their examinations while the junior students were expected in school next week, but, with the outbreak of diarrhoea and the directive by health officials to send the students home, it will affect the resumption of other students.

A senior staff told Daily Sun that health officials have directed that the SS III students will also be sent home to enable Lagos State health officials investigate the source of the diarrhoea as well as carry out environmental exercise in the school.

“As soon the SS III students finish their Mathematics examination, today, they will go home. We have informed parents about their coming home.

“The health officials insisted the students must vacate the college to allow for thorough investigation”, the source said.

The staff, however, added that, “some parents are just blowing the issue out of proportion. The issue started a month ago when some students complained and were treated at the sickbay and two weeks ago, a student vomited and stooled and she died later.

“The new Old Girls Association president called the principal to inform her of another death which we are yet to confirm.’’