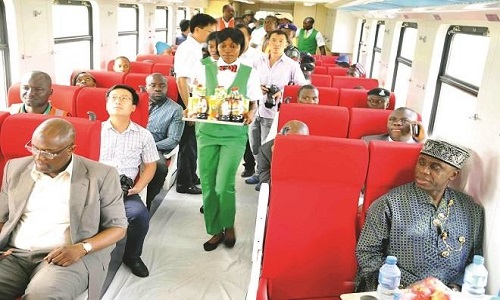 The Managing Director, Nigerian Railway Corporation (NRC), Fidet Okhiria, said the increase in fare of Abuja-Kaduna rail line was to meet up with the part cost of the rail operations.

He said the initial fare was used during the test run of the rail.

“It is to enable the corporation to at least meet its cost half way; we cannot meet the cost half way for the funding, so we have to do something to meet up.

“Although, the government is funding it to a limit, you know the cost of diesel has gone up.

“The fare then was just an introductory fare, initially it was free and now we have started commercial operation with the new price.

“We have not really been able to break even.”

He said the fare rise had not affected the number of passengers who travel on trains.

The NRC boss said the present fare was not constant, saying that 10 new coaches were expected before the end of the year.

He said that when the coaches arrive, the price of the express coach would be higher than the coaches that would be stopping everywhere.

According to him, the priority of the corporation is to take care of the people and provide the much needed service.

“When it gets to a stage that you cannot buy filter to service the coaches, then, we have to do something.