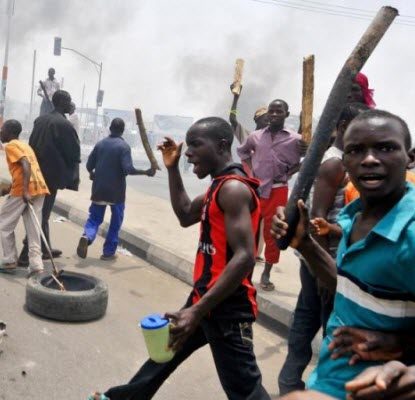 The ongoing supplementary election in Igbo Etche community in Etche Local Government Area of Rivers State has turned bloody as hoodlums reportedly chopped off the hand of an official of the Independent National Electoral Commission, INEC.

An official said to be with the victim during the incident was reportedly taken hostage by the thugs and has not been rescued yet, Vanguard is reporting.

Meanwhile, the victim is said to have been taken to INEC headquarters in Port Harcourt for treatment.

A source who spoke with DAILY POST, however, said the victim’s hand was not “chopped off,” but she sustained severe cut because she was preventing the thugs from hijacking electoral materials.

“The INEC staff involved is a woman and her hand was not chopped off but she suffered severe matchet cut while trying to prevent the thugs from tampering with electoral materials.

“She has been rushed to INEC headquarters in Port Harcourt where she is receiving treatment.”