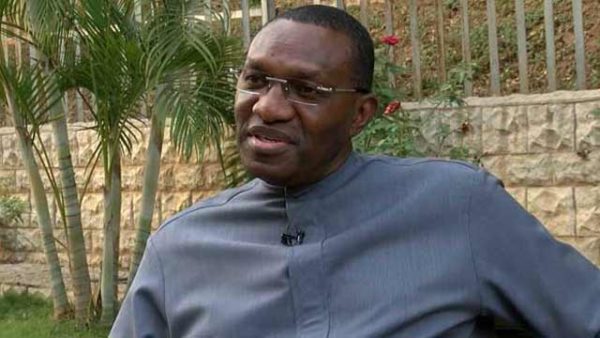 Andy Uba, representing Anambra South Senatorial zone on the platform of the Peoples Democratic Party (PDP), has defected to the All Progressives Congress (APC).

Mr. Uba disclosed this at a news briefing on Wednesday in his home country, Uga, Aguata Local Government Area of the state.

The lawmaker said he joined the APC at the ongoing registration of party members in the state.

According to him, APC has ideology and focus which he needed to tap into to provide quality representation to his constituents.

Mr. Uba further said that he joined the APC because of other personalities in the party with sound ideas and whom he looked up to in politics.

He listed some of the personalities to include the Minister of Labour and Employment, Chris Ngige, and APC National Auditor, George Muoghalu.

Mr. Uba said that with such caliber of people, the party would take the state to enviable heights.

The senator said he would be very effective in serving the yearnings of his people more now that he was in APC and urged other Igbo politicians to join the bandwagon.

The registration of Mr.Uba had doused speculations of his defection to APC which had been on for many weeks in the state.

Mr. Uba is the fourth PDP senator to join the APC. His defection came two weeks after Nelson Effiong of Akwa Ibom made the same move.

Joshua Dariye, Plateau, and Yele Omogunwa, Ondo, had earlier defected from the PDP to the APC, also citing division in the opposition party.

The APC now has 65 Senators in the 109-member legislative chamber.