Home News Feed Shock as Hoodlums Attack Female NYSC Member, Cuts Her Thumb in Cross...
Facebook
Twitter
WhatsApp
A 2016 Batch B ‘Stream 1’ female National Youth Service Corps member has been attacked by unidentified hoodlums in the early hours of Saturday as they gave her a life-threatening injury. 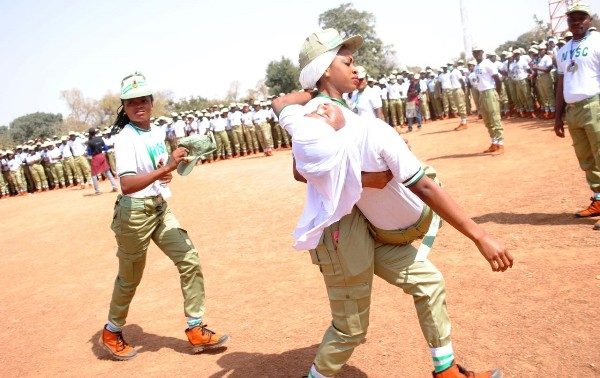 Some unidentified hoodlums in the early hours of Saturday attacked a corps member, Miss Gbenimachor Chinezendu-Ezinne, in her residence at Obubra Local Government Area of Cross River.
Chinezendu-Ezinne, a 2016 Batch B `Stream 1’ corps member, is currently doing her primary assignment at the General Hospital in Obubra.
The hoodlums attacked her in her residence and gave her a cut in her right thumb.
Reacting to her attack, the state Coordinator of NYSC, Mrs Ambekemo Eniola, told the News Agency Nigeria (NAN) in a phone interview that Chinezendu-Ezinne had reported the matter to the NYSC authority.
“We are aware of the matter. The corps member reported to us that she was attacked in her residence in Obubra.
“We saw the injury on her hand; we thank God that it was not too serious. We have given her a permit to go and visit her parent and get some relief.
“We call on all communities in the state to always stand with the corps members and protect them against any form of attack.
“I condemn which ever group of persons that carried out this attack on our corps member.
“Cross River is a peaceful state; we have enjoyed a warm relationship with residents of the state and government over the years.
“I wonder why some people will go headlong to attack a corps member that came from a far distance to render service to the people,’’ she said.
She advised corps members serving in the state to be cautious and vigilant and to report all suspicious movements around them to the police or any security agencies closer to them.
Source: NAN