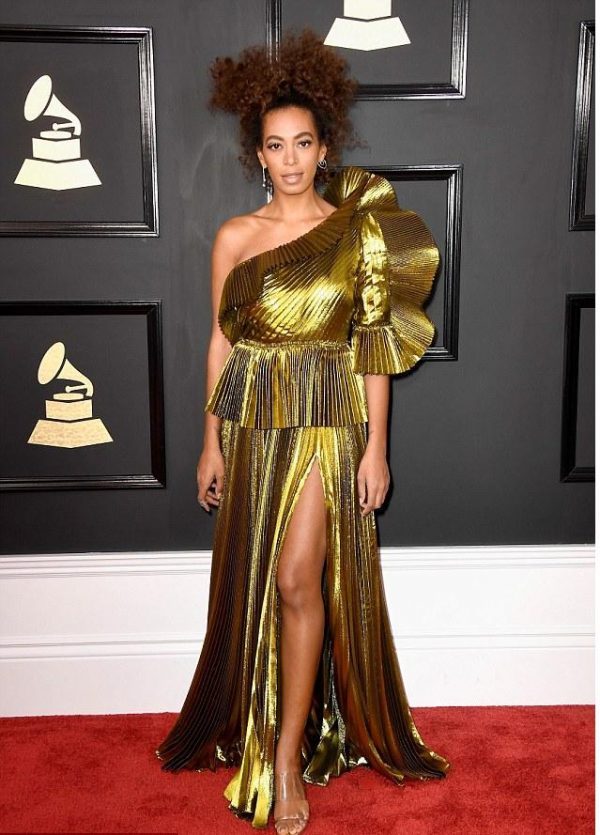 Solange Knowles quickly took to Twitter to seemingly respond to her sister Beyonce‘s Album of the Year loss at the 2017 Grammy Awards held at the Staples Center on Sunday (February 12) in Los Angeles.

The 30-year-old singer, who won her first Grammy last night in the category for Best R&B Performance for her song “Cranes in the Sky,” tweeted just minutes after Adele won over Beyonce for Album of the Year.

“wuddup frank,” Solange wrote along with a link to Frank Ocean‘s post about why he decided not to submit his albums for Grammy consideration.

Adele swept the top three categories at the Grammys and she didn’t think she deserved the top honor of the night. During her acceptance speech, she tearfully told Beyonce that she couldn’t “possibly accept this award” and then broke her award in half, seemingly to give a piece to her idol!