Home News Feed Teenage Apprentice Pays Assassins N5,000 to Kill His Boss in Lagos |...
Facebook
Twitter
WhatsApp
A male apprentice has been arrested after he allegedly hired assassins to murder his boss so that he can take over the business. 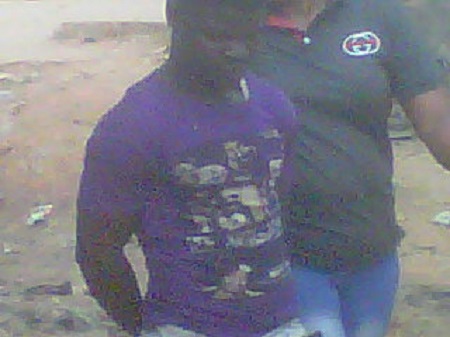 Policemen in Lagos have arrested 19-year old Benue State-born Samuel Jonah and charged him before a Lagos court sitting in Ejigbo for hiring some people suspected to be assassins with the sum of N5000 to kill his boss, Donatus Nnaji.
The incident happened at Ikotun Area of Lagos where Nnaji runs a bakery, PM news reported. It was gathered that Jonah allegedly offered the men a sum N5,000 but paid N2,000 cash with promised to pay the balance on completion of eliminating Nnaji.
According to the report, Jonah was brought from his home town in Benue and got engaged in the bakery by Nnaji. However, after starting life at the bakery, he noticed the huge sum they were making, Jonah reportedly started scheming on how to take over the business.
The police reported that he attempted to commit felony and engaged the service of assassins to rob and kill Nnaji with intent of taking over the business since Nnaji’s family did not know much about the bread industry.
However, the matter was foiled after he had disagreement over money with the boys he engaged.
The gang demanded the full payment and when Jonah was not forthcoming, one of the men leaked the information to Nnaji who contacted police and Jonah was arrested.
At the station, one of the men who stood as witness came with a recorded video and Jonah eventually confessed and said he did not mean to kill Nnaji.
He was brought before a Magistrate court and charged with felony under the Criminal Code and he pleaded not guilty.
The presiding Magistrate, Mr Akeem Fashola granted Jonah bail in the sum of N50,000 with one surety in like sum.
He was remanded in prison custody pending when he will perfect his bail condition. The matter was adjourned till 8 March 2017.
Source: Tori