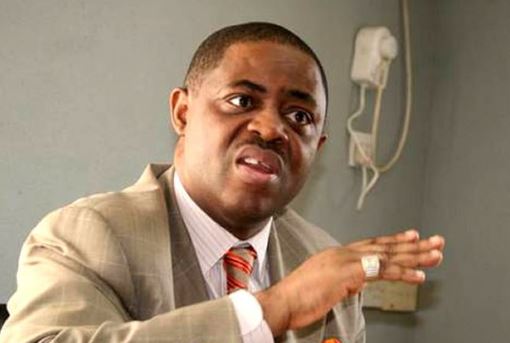 The former Presidential campaign spokesperson in a series of tweet on his twitter handle wrote: “The C of A decision is absurd. It is time for us to gut the PDP, leave its carcass for the treacherous mole called Sheriff and form a new party.”

Fani-Kayode, who dropped the hint while reacting to the Appeal Court’s earlier ruling affirming Sheriff as PDP Chairman, has earlier described the ruling as victory for President Muhammadu Buhari.

Recall that the Appeal Court sitting in Port Harcourt, Rivers State had earlier today ruled in favour of the former Borno State Governor.

A three-man panel of judges in a unanimous decision agreed that the former Borno State Governor is the authentic National Chairman of the party.

Following the ruling, the Makarfi’s faction of the former ruling party disclosed that it would be heading for the Supreme court to contest the judgement.