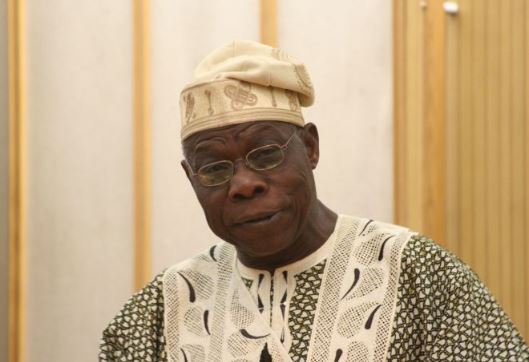 Olusegun Obasanjo who has ruled Nigeria both as a military ruler and a civilian recently described the saddest day of his life.

He said the saddest day of his life was when he appeared before the military tribunal that tried him for alleged complicity in a coup against late former military dictator, Sani Abacha.

While leading a morning devotion to mark Valentine’s Day at his Presidential Hilltop residence in Abeokuta, Ogun state on Tuesday, February 14, he said:

“My saddest day was when I sat in front of a military panel set up by late former Head of State, Sani Abacha to try me over a phantom coup, and sentenced to death and later commuted to 30 years imprisonment.”

While speaking, he also read from the Bible book of Isaiah 45:1-4 and spoke of how when the jail term was given, he had asked himself if he deserved the treatment meted to him, but that he left everything in the hand of God.

“God has always been giving me immense favour beyond my own expectations and what I deserve from Him. And I used to tell people that God has been partial to me from childhood,” he said.

However, when Abacha died, he spent only three years in prison. When he left prison, he said he met an agitation for him to contest for president, adding, “but the rest is history.”

He also said: “I was born in a village and anybody born in that village would have concluded that the popularity of those born there would not go beyond the next village. My parents were complete illiterates.”

He concluded by praying for longevity for his guests.

Meanwhile, Dr Olusegun Mimiko, the governor of Ondo state, said Olusegun Obasanjo threatened him and also pleaded with him not to resign from his government as a minister.

Mimiko, who was the Minister of Works under the regime of the former President, said Obasanjo said this in order to dissuade him from vying for the office of governor of Ondo state.