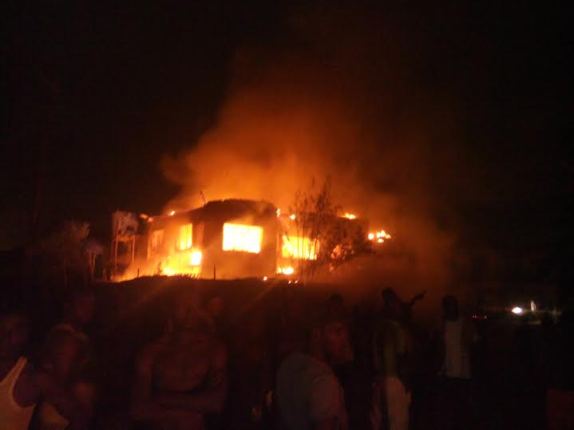 A fire incident that broke out on Friday afternoon at the Internally Displaced Persons, IDPs, camp in Jere Local Government area of Borno State have killed two children.

According to reports, over 400 families lost their houses in the inferno which spread fast as a result of the dried stalks used in erecting the tents.

It was the quick intervention of the state fire service that prevented further damage in the camp located a few kilometers to Maiduguri, the state capital.

Survivors of the misfortune have blamed the incident on one of their fellow IDPs who was said to have been roasting groundnuts when the fierce wind blew embers from the fire she lit to the thatched shelters.