US Customs officers in Pittsburgh said they found about 110 pounds of narcotic khat hidden inside a shipment of wigs and hair extensions. 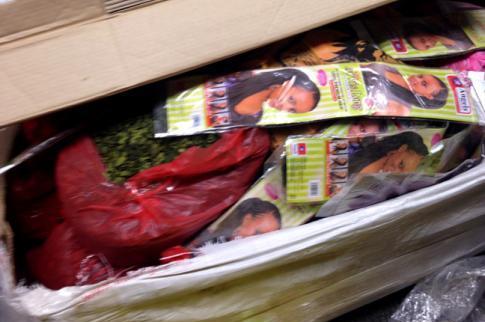 U.S. Customs and Border Protection said officers at Pittsburgh International Airport examined a shipment from Kenya that was bound for an address in McKees, Pa., and discovered the wigs and hair extensions were hiding more than hair loss — they were hiding about 110 pounds of dried khat, an African plant that contains an amphetamine-like stimulant.

The shipment arrived at the airport Friday and was searched Monday, the agency said. The khat shipment was worth an estimated $30,000.

“It is uncommon for Customs and Border Protection officers to encounter any sizable narcotics in Pittsburgh, so this was a great khat identification and interception by our CBP officers,” said Susan Anderson, CBP Port Director for the Port of Pittsburgh. “This khat interception is another example of how CBP’s border search authority and inspections expertise contributes to keeping our communities safe.”