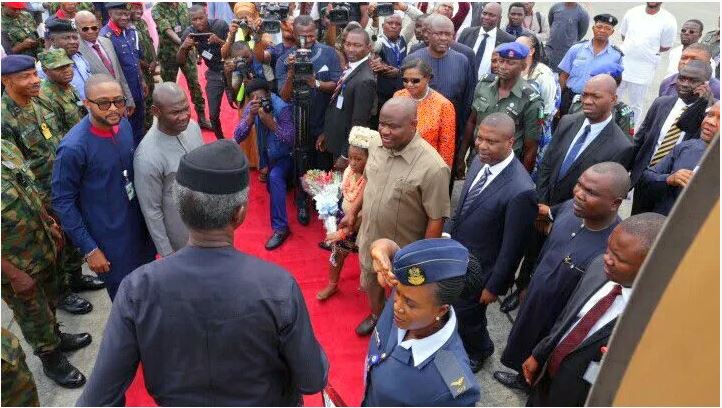 After the reception formalities, the Acting President and Mr. Wike held a brief meeting at the sidelines.

Mr. Osinbajo thereafter departed to Bayelsa State in a presidential helicopter for a meeting with stakeholders in that state.

He is expected to visit Rivers State on Monday  in continuation of his consultation with stakeholders in the Niger Delta.