Despite earlier refuting claims by Seyi Shay that the song ‘One Dance’ wasn’t written by him, Wizkid posted a picture of a Billboard award showing he had indeed written it.

The award, given to him by The American Society of Composers, Authors and Publishers (ascap) was for the achievement of having ‘One Dance’ a song by Drake featuring Wizid and Kyla on the Billboard top 100 for ten weeks. 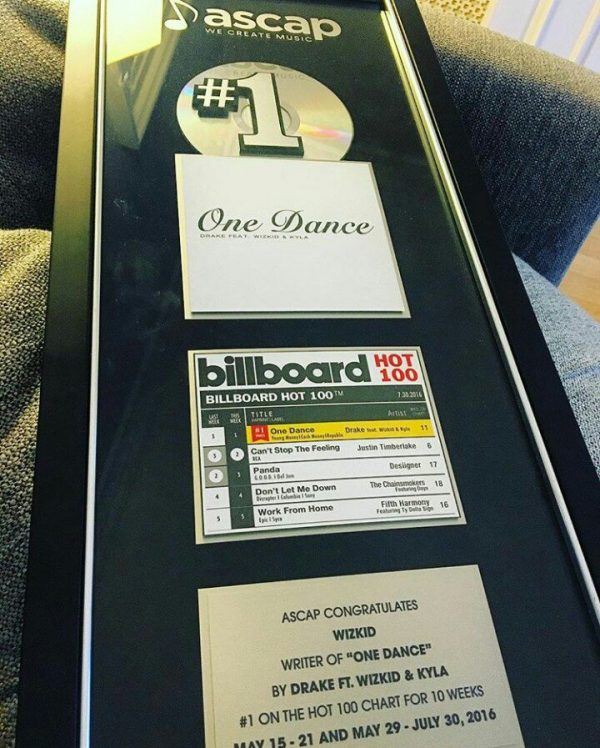