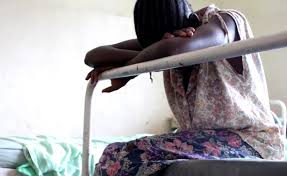 An Ohio woman in the United States has been charged with the rape of a four-year-old boy after it was alleged she committed a sex attack, which was filmed and broadcast live on a social media site.

India Kirksey, 20, was arraigned yesterday and charged with the first-degree felony.

Kirksey, from the West Price Hill area of Cincinnati, Ohio, appeared at Hamilton County jail, where police claimed she admitted performing a sex act on the young child.

ABC-affiliated local TV station WCPO reported that Kirksey was arrested after a member of the public watched the video more than 1,000 miles away in Texas and contacted the Department of Job and Family Services (JFS) in Ohio.

It has not yet been clarified whether the child was Kirksey’s own son.

Family members spoke to WCPO to express their sadness at what had happened and said that Kirksey had “special needs”.

“We, as a family, try the best we can to get therapy and talk to her about stuff and safety and sometimes you can only do so much

“This is just not in her character, its not nothing that she would do. I know that she is being portrayed as a monster.

“Anytime that someone is saying that had made some type of sexual attack on anyone I automatically would think someone is a monster too. But literally anyone would know this is clearly not her”, the source said.