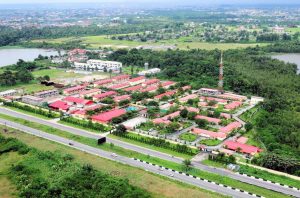 Delta State is located in Southern Nigeria and it is one of the Niger Delta states. It is an oil producing state with one of the highest production output in the country. It is also one of the richest states in Nigeria. However, there are many misconceptions about Delta State, especially to those who are not from the Niger Delta or South-South. As a Deltan who was born in Delta State, travelled almost everywhere in the state and has lived a large chunk of my life in the state, I believe I am in a good position to state some exciting facts about Delta State!!!

1. Delta State was created 25 years ago by the military regime of IBB (Ibrahim Babangida) due to the clamour by the people of the then Delta Province and the Anioma people. However, the Anioma people didn’t envisage being included in Delta State because they initially wanted a Niger State before Niger State was created in the North and then they settled for Anioma State with capital at Asaba or a virgin city which would be dubbed Anioma City. The people of the old Delta province wanted Warri as the capital. When IBB created the state, he named it after the Delta Province and made Asaba the capital as the Anioma people wanted. By so doing, he attempted at fulfilling two goals in one.

2. Delta State has its capital at Asaba while Warri is the commercial and oil base of the State. Asaba is predominantly an administrative city. However, it has started to become a commercial city of late. Warri houses an annex of the State Government House and so by implication, Warri is like an “assistant capital” of Delta State. This was caused due to the complaints by the riverine based Deltans that Asaba was too far for them and so the government decided to open a government house at Warri to bring the government closer to the people.

a. The Igboid groups such as Ika (Agbor), Enuani (Asaba), Ukwuani/Ndokwa (Kwale). It should be noted that while these groups maybe Igboid linguistically, they don’t perceive themselves as Igbos culturally and otherwise. The only group that has major affinities with Igbos is the Enuanis (Asaba). The Ukwuanis have some cultural affinities with Urhobo/Isoko due to long contact. Collectively, the “Delta Igbos”, as they are called, have a population of about 1.5 million and they form the second dominant ethnic bloc. They also occupy Delta North senatorial district. They are known as ANIOMA people, an acronym derived from Aniocha, Ndokwa, Ika and Oshimili while the (ma) is a common suffix to complete the word which means “good land”.

b. Urhobo: Urhobos occupy 10 (8 in Delta Central, 2 in Delta South) Local Government Areas in Delta State out of the 25 Local Government Areas in the State. They have a numeric strength of well over 2 million and thus, they are the largest and dominant ethnic group in the State. Their major cities include Warri, Ughelli, Effurun and Sapele. Urhobos are republican in nature and their monarchies are largely rotational rather than hereditary. Urhobos were known as Sobo, together with the Isokos, in the colonial period but that was changed eventually.

c. Isoko: This group is related to Urhobo though it is seen as a distinct group officially. They occupy two LGAs in Delta South. They used to be known as Eastern Urhobo until one Mr. Otobo moved in motion in the then Western House to change the name to Isoko.

d. Ijaw: The Ijaws occupy about 6 LGAs in Delta South. They are mainly riverine based people.

e. Itsekiri: The Itsekiris occupy about 4 (3 in Delta South, 1 in Delta Central) LGAs in Delta State. Their language is described as Yoruboid whilst their culture is a mix of Edo, Yoruba, Urhobo and Ijaw, all combined. They have one of the richest cultures in the entire South and they are also one of the most educated people in Delta State.

f. Olukumi: This is also a Yoruboid group that occupies 1 LGA in Delta State. They are mostly bilinguals who can speak Igbo as well as their language. They occupy Ugbodu and its surrounding areas in Aniocha North. They are the micro-minority of Delta State.

**Although these groups may seem so different, some things tie all Deltans together and they include the connection to Old Benin and the very rich Delta brand of pidgin which is spoken everywhere in Delta State, especially in the Warri axis.

4. The name “Delta” comes from the point where the River Niger empties into the Ocean. This name was changed from the then Warri province due to the ethnic unrest caused by the change of the title of Olu of Itsekiri to Olu of Warri in 1952. In other to pacify the people of the province who were not Itsekiri, the name Delta Province was adopted which eventually metamorphosed to Delta State.

5. The major and biggest cities in Delta State where one can find modern infrastructure and come for leisure include:

a. Warri: This is a city which connects Delta South and Delta Central. The “real Warri” is mainly in Warri South LGA and it’s not so big although it is highly populated. The “real Warri” has mainly Itsekiri and Urhobo populations with communities such as Okere, Agbassa, Edjeba, Ogunu, Alder’s town, etc. However, Warri has become a metropolitan area which now covers other LGAs such as Uvwie, Okpe and Udu. All these areas are known as the metropolitan Warri although the indigenes won’t be so thrilled if you say this in their land (you can’t erect a signpost that bears the tag of Warri in places such as Osubi, Udu, Effurun, Enerhen, etc).

b. Asaba: This is the capital city of Delta State. It is located at the extreme periphery of the state towards Onitsha and it is surrounded by the River Niger. Asaba is mainly an Igbo speaking city with virgin land and modern infrastructure. Asaba itself is located in Oshimili South LGA although the metropolitan area now covers parts of Oshimili North. Asaba, as an umbrella city, covers communities such as Okwe, Ibusa, Anwai, Okpanam, etc. It is a relatively peaceful and calm city with it’s commercial hub in Nnebisi Road.

c. Ughelli: This is a city in Delta Central, home to the Urhobos and considered by many to be the major Urhobo homeland and city. The Ovie of Ughelli is a first class monarch who commands respect in the state. Ughelli is mainly a central city that connects the interior parts of Isoko and Urhoboland. There are some companies and firms in Ughelli as well. Major communities here include: Otovwodo, Ekuigbo, Amekpa, etc.

d. Agbor: This is the main city of the Ika people of Delta North. Agbor is a commercial city that connects Edo State with Delta State. This hilly city is ruled by the Dein (or Obi) of Agbor.

e. Sapele: Sapele is a city that also connects Delta Central and Delta South, like Warri. However, it is home mainly to the Okpe-Urhobo people and it is ruled by the Orodje of Okpe. Sapele has a large swathe of Itsekiri people as well. Sapele was known for timber and rubber trading in the past. Today, there are a handful of firms and companies in Sapele. Sapele’s original Urhobo name was Urhiapele.

6. Delta State may be the only state with two airports in Nigeria! There is the international airport at Asaba and the domestic airport at Osubi, near Warri. There is also a seaport at Warri with naval bases in Warri, Sapele and Oghara. Transportation across the state is fairly cheap and easy with the intra-city buses popularly called “Uduaghan bus”.

9. Delta State has one of the highest number of monarchs in the whole country. Virtually every community has a monarch of some sort. In fact, some communities have more than one monarchs (e.g. Abraka). The youngest monarch in Nigeria (Obi of Ubulu-uku, 17 years) is from Delta State; there are absolute monarchies, e.g. Olu of Warri, Ovie of Ughelli; rotational monarchies, e.g. Ovie of Uvwie, Orodje of Okpe, Asagba of Asaba, Ovie of Agbon; and even monarchies by election. Delta State is estimated to have more than 100 monarchs and counting.

10. Delta has some iconic tourist attractions such as the source of River Ethiope (A Tree) at Umuaja, the Lander Brothers anchorage at Asaba, Nana Living Museum at Koko, Olu Cemetery at Warri, Bible Site at Araya, natural white spring water resorts at Abraka, Olu Palace at Warri, Ovie palace at Ughelli.