Ekiti State is located in the Western part of Nigeria but we have put together 13 things that you didn’t know about the State.

1. Ekiti was carved out of the territory of old ondo state.

2. Ekiti derived her name through hills.

3. Ekiti has her origin from Ile Ife.

6. Ekiti State constitutes one of the largest Yoruba sub-group in Nigeria with the 2006 population census by NPC giving a figure of 2,384,212.

7. The main staple food of the Ekiti people is pounded yam with Isapa soup or vegetable soup.

8. Ekiti state is said to have produced the highest number of professors In Nigeria.

11. Ekiti land is buoyant in agricultural resources with cocoa as its leading cash crop.

12. Ekiti land is blessed with water resources, some of its major rivers are Ero, Osun, Ose and Obese. 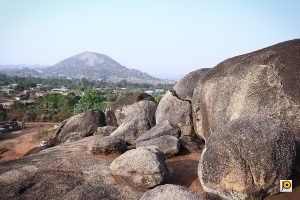