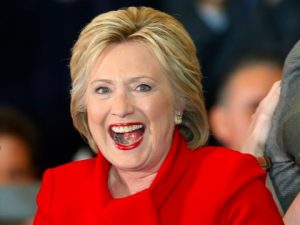 She is the first woman in U.S. history to be a major political party’s nominee, but you already knew that.

Here are 13 things you may not have known about Hillary Clinton:

1. Hillary was a Republican before switching political parties in college.

2. She wanted to be astronaut when she was younger. She even wrote a letter to NASA but was told women were not allowed in the program.

3. She’s got hot sauce in her bag at all the times. Hillary has mentioned how much she loves hot sauce to the press before.

4. She and Bill Clinton are the only first couple to be fingerprinted by the FBI after the White House FBI file controversy during her husband’s administration.

5. Hillary won a Grammy for Best Spoken Word Album. It was the recorded audiobook for her book, It Takes a Village.

6. In the early 90s, she made $65,000 more a year than her husband. She was working as a lawyer and Bill was the governor of Arkansas.

7. John McCain once challenged her to a drinking contest. Hillary claims it was a tie. She said, “we sat there drinking vodka until be both, I think, agreed to withdraw.”

8. Her 5th grade teacher loved her so much she followed Hillary to 6th grade to teach her again, according to the biography, Hillary’s Choice.

9. After graduation, she cleaned fish in Alaska but was fired after she complained about poor working conditions. The plant was later shut down. 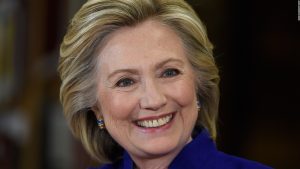 10. She failed the D.C. bar exam but later passed the exam when she moved to Arkansas.

12. At the time of her husband’s administration, Hillary was the only first lady to have a postgraduate degree.