No fewer than four million Nigerians resident in Cameroon have been affected by the security clampdown on the South-West region of the country by the government of President Paul Biya.

A group, African Rising for Justice and Peace, at a press conference on Monday in Abuja said about 17 persons have lost their lives while over 400 others are currently held in detention since September last year. 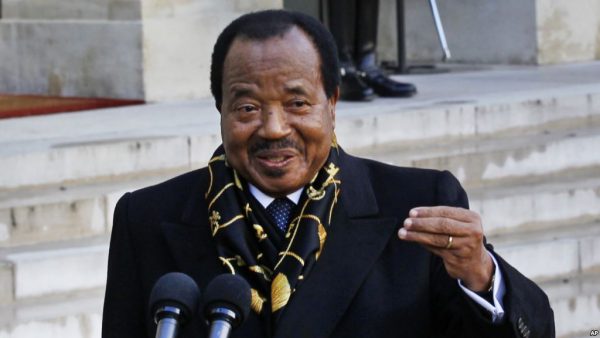 The statement by the Membership and Mobilization team leader, Sola Folayan explained that many residents of the area, including lawyers, students and traders had embarked on forced exile following the arbitrary arrests by security agencies.

She said, “The government responded to the protests with a security crackdown that led to reported human rights violations by the authorities and security forces including killings, arbitrary arrests, detentions, torture and intimidation.

“An internet blockade that was instituted in January has denied millions of people in the Anglophone regions access to the Internet and remains in effect.

“Together with militarized security operations, this has produced a pervasive climate of repression, fear and intimidation across the South-West and North-West regions and about 4 million Nigerians resident in the area have been affected.”

Folayan called on the Federal Government to come to the aid of Nigerians trapped in the region.

A journalist with Cameroon Radio Television, Tina Nganda said she fled to Nigeria last week when she learnt that soldiers were coming to arrest her, adding that two of her colleagues were in detention.

Nganda said, “I managed to escape by a hair’s breadth because the soldiers were already coming to arrest me when a friend called me from Yaoundé to inform me.

“I only left my house with a small bag;my bank account has been frozen and this dress am wearing was given to me by the woman am staying with in Abuja.”