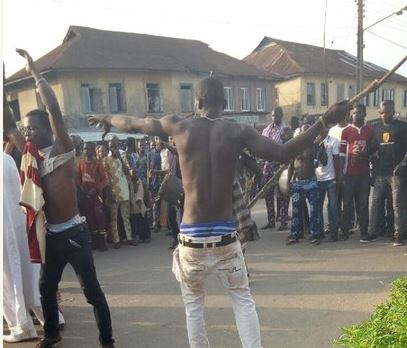 The more a participant could withstand a particular beating session, the higher the points earned by such participant.

Whichever street that won will be given a price from the king.

Amiloaded correspondent was at the event, and had a short interview section with the two representatives from each street. The participants claimed they feel no pain during the event.

Check out some pictures below of the beating competition