According to the reports released by the Nigeria Deposit Insurance Corporation (NDIC), it was reported that three million Nigerians lost N18 billion in the Ponzi scheme, popularly called Mavrodi Mundial Movement (MMM).

The Managing Director of Nigeria Deposit Insurance Corporation (NDIC), spoke yesterday (Thursday) during the NDIC day at the 38th Kaduna International Trade Fair,that despite repeated warnings by the Central Bank of Nigeria (CBN) and the NDIC on the activities of the fraudsters, Nigerians still patronised the MMM.

Ibrahim, who was represented by the Deputy Director, Corporate Affairs, Alhaji Hadi Suleiman, warned against trading in Ponzi schemes or virtual currencies, such as Bitcoin, Ripples, Monero, Litecoin, and others, which are not authorised by the CBN due to the risks involved in their operations. 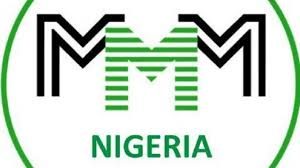 The NDIC boss argued: “The scheme is the phenomenon of illegal fund managers, otherwise called ‘wonder banks,’ which have continued to defraud unsuspecting members of the public of their hard-earned money.”