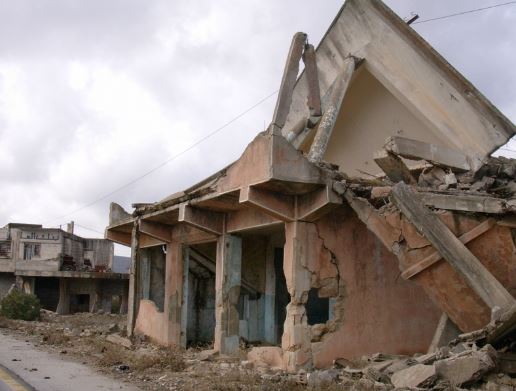 While the community’s residents have continued to sleep with their one eye open, the state government through the Ministry of Environment in its determination to ameliorate their sufferings, has commenced the dredging of Iyinota and Umomi River in the community.

Confirming this development, the State Commissioner for Environment, Mr. John Nani said the exercise would after solution to the problems of the, adding that the exercise was carried out with the use of swamp bugles where blocked canals were also opened up for free flow of water.

Indigenes of the community who spoke to our reporter who visited the area, one of them, the spokesman of the Traditional Ruler, Chief Chukwuka Dege, however commended the state government’s initiative, disclosing that the community over the years had been confronted with perennial flooding whenever it rains, and attributed the menace to overflowing of water from the River bank to the community due to the blockage of water channels.

Noting that incidents had destroyed over thirty-one houses including their sources of livelihood, Chief Chukwuka expressed confidence that the state government’s intervention will address the menace, adding that it was the first time the community had witnessed the dredging of the river and pledged to complement the efforts of the state government by adhering to environmental laws, as well as campaign against the blocking of water channels in the community.

Investigation revealed that the community’s environmental challenges started in 1948, and in 1967 its devastating impacts were seriously felt by its residents when over six persons were feared killed by the rampaging flooding. Expectedly, the 2012 flood disaster which claimed the lives of many persons across the Niger River’s coastal plans, especially in the Niger Delta’s lower coastal plans, forced the Ewulu community and its neighbouring communities to “relocate en masse” to safer upland communities.

Further investigation revealed that the continues blockage of drainage systems, natural waterways and the effects of non-compliance with other sanitation violations, contributed immensely to menace which saw many of the Ewulu residents taking refugee elsewhere before they started returning last year 2016.

But Mr. John Nani, the State Commissioner for Environment cautioned the residents against the violation of environmental rules, especially blockage of drainage systems.

Also, the Traditional Ruler of Ewulu community, His Royal Majesty, Aigbogidi Godwin Onyeweuwa 1, commended the state government’s dogged efforts to address environmental menace in the community promptly, and assured that the people will maintain the laws of sanitation.