Chris Ngige is a medical doctor by profession, the 63-year-old who is from Alor in Idemili south local government area of Anambra state, last month lost his father, Ozo Akunnia Pius Okonkwo Ngige, who died at the age of 105.

A consistent politician, Ngige has been in opposition since 2005, when an election tribunal led by Justice Nabaruma nullified his 2003 victory as Anambra chief executive.

His sacrifices and hard work for the All Progressives Congress have finally paid off as he has emerged as the ministerial nominee from his state, even as a recent report revealed that Ngige’s name came in at the eleventh hour.

Many Nigerians have been speculating about the portfolios the nominees will be assigned to by President Buhari after their screening at the upper chamber next week.

Many have advised the president to assign the nominees to ministerial positions that tally with their profession, experience and competence. 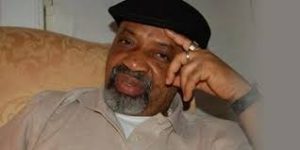 1.  Ngige studied medicine at the University of Nigeria Nsukka (UNN) and graduated with flying colours in 1979. So it is safe to say assigning him to the Ministry of Health won’t be a learning curve for the former governor.

2. Upon graduation, Ngige worked at the federal Ministry of Health for years before leaving voluntarily in 1998 when he was the deputy director of hospital services, federal medical centres, and teaching hospitals. So we know he has the experience to manage the ministry having being a part of the system before now.

3. While in the ministry, he was said to have been instrumental to the establishment of permanent sites for most of the federal medical centres and teaching hospitals, especially in the South East zone, meaning he has a track record of performance.

4. Within the 33 months Ngige presided over the affairs of Anambra state, he practically redefined government and provided a different kind of leadership that was unprecedented in the history of the state. He has been tested and can be trusted.

5. While in the Senate, Ngige sponsored bills and contributed logically in debates especially as regards the Nigerian health sector. He awarded scholarships to many students in his zone and provided jobs for several others. He is passionate about the issues concerning health in Nigeria and the general welfare of the populace.