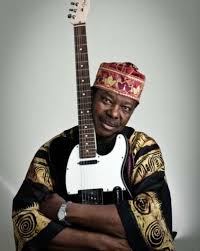 He is literally King Sunny Ade as he was born into royalty on both his mother and father’s sides of the family. He joined a band in secondary school but had to do it secretly because his family didn’t approve of a Prince being in a band instead of on the receiving end of whatever the band was playing.

2. His family only forgave him about 20 years ago for becoming a professional musician.

His family vehemently opposed his musical career and only forgave him about twenty years ago!

3. He wanted to be a doctor

This was born out of his love of people and desire to help them.

4. He was a protege of Moses Olaiya a.k.a Baba Sala

Moses Olaiya popularly known as Baba Sala was his boss at some point. He worked in the band of the famous comedian who was also a musician.

5. He got into the music for the love and not the money

When he started out his career, he wasn’t in it for the money. He did it out of love for music and desire to entertain people.