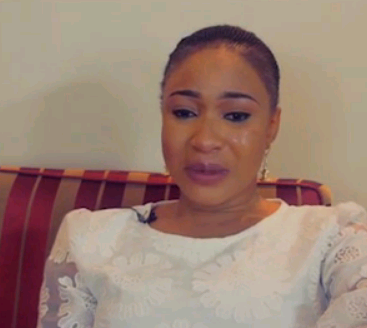 Tonto Dikeh has had a lot of shocking things to say about her husband, Churchill Olakunle Oladunni and their crashed marriage.

In an exclusive interview with Mediaroomhub TV, the mother-of-one revealed some things about her life with her estranged husband that we can never forget.

The interview which was released on Wednesday, March 8, 2017, saw the Nollywood actress break down in tears over the humiliations she claims to have suffered at the hands of her husband, and she even had proof.

According to Tonto, “This interview is not meant to discredit my husband or rather my ex-husband in anyway. It’s not to bring him down. It’s not to make people hate him. It is not to throw dirt on him.

“If there’s anything I am doing this for, is so that he can be a better man and like I said so somebody somewhere would be able to learn from this from what I am going through.

“There are some things I will not like to rediscuss. I did post something about the STD. I am not taking back my words because it is not a lie but I will not promote it” she said in reference to her claim that her husband gave her STDs.

“I will not go ahead and embarrass my husband in that manner even if I have. I will like that to just end” she further said.

She was however willing to open up on the domestic violence she suffered in her marriage.

“The domestic violence is real. It’s real. How I lived to suffer it and go through it over and over again I do not understand.

She claimed that Oladunni Churchill brought in pastors after he beat her up but that didn’t too much because he never owned up to his faults.

“Anytime something like this happens, my husband comes up with a pastor who is always in the house the next day or two days later who is begging, who is doing stuff. Yes but we have never had a real counselling” revealed the actress.

“He would never accept that he is doing it. That’s the point. that’s the worst. And I keep asking him that if you are so ashamed of what you do to me then why do you do it.”

During the interview she showed photos of her with bruises, cuts and wounds on her body. Tonto Dikeh also made the startling revelation that she once ran to the Nigerian embassy in Ghana naked one day after she was beaten up by her husband. She says the embassy has photo and video evidence of the bruises on her body.

“My husband has humiliated me so much with this. And for anybody to tell me that I am lying against my husband that even hurts me more” said Tonto Dikeh as she broke down in tears. 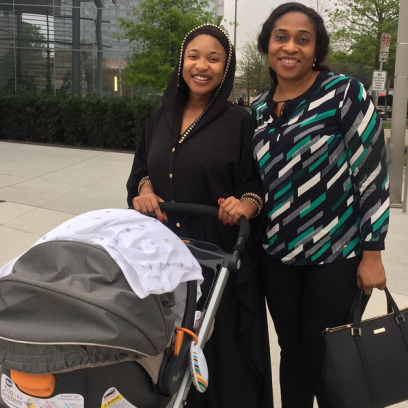 2) Her mother-in-law never caught her smoking neither has she laid hands on the woman she referred to as mother:

“That is a lie from the devil. I am close to my mother-in-law. My mother-in-law has never ever seen me smoke. There are times when I am really, really sick. ‘Mum if you are watching you know this is true. There are times you have even offered me panadol. There are so many times you have offered me drugs that would have made my body better but I didn’t take because I knew I was breast feeding'” said the actress. She was very emotional during this period in the interview. 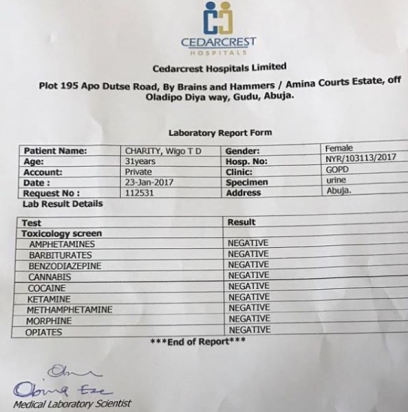 3) She keeps a file of monthly drug tests and letters she writes to her son:

The actress revealed that because of the allegations of drugs made against her she takes a drug test every month. “Someone coming out to associate me with drugs as a mother. That hurt me so much because no one sees how good of a mother I am. Nobody knows the sacrifices I have made for my son. I have a file at home, I do a drug test almost every month and I write a letter to my son and I put it (breaks down in tears)

“I write a letter to my son every month on his birthday and I tell him how much he has changed my life, how much I am a batter person because he is in my life.

“I tell him how much I have stopped so many things for him. That really destroyed me. It really broke me into a million pieces. That’s the worst thing I have heard.” 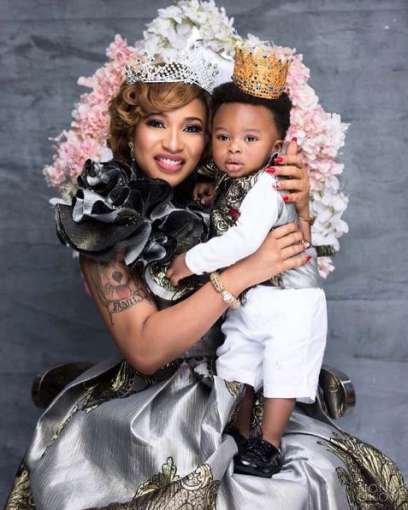 4) Although unconfirmed, her husband has other children besides Andre:

Tonto said, “My son is not the first child my husband has. And that was one of the major concerns in my marriage, in the early part of it because he lied to me about not having a child.

“He even lied to me about not being married. I did not know he was married until the day they posted the picture of the wedding. He didn’t tell me he had a child. He always lied about it. I don’t know how I found out but I did find out.

“Recently two women have contacted me that they have children for my husband but I cannot verify it. 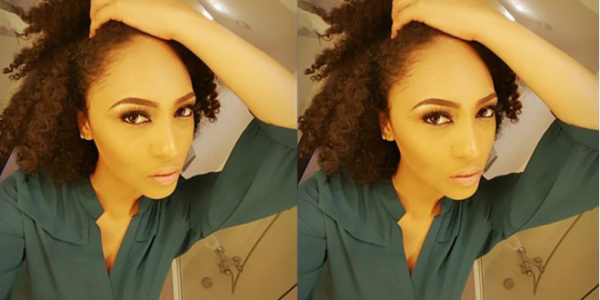 5)  Churchill abandoned Tonto and Andre because of Rosaline:

“I am aware that’s the reason he abandoned his family because he took her on a trip. No she is not my husband’s sister. My husband is not her brother. She does not know me. Like I said I have not seen her before. I have never even spoken to my husband about her before but I do no there story. And I do know that they are in love.” she further said.

You would recall that in January 2017, Rosaline Meure who is said to be an upcoming actress denied that she was romantically involved with Oladunni Churchill.

6) Churchill never got a car for their son and she left her matrimonial home empty handed:

Tonto Dikeh claimed that Churchill never got her son a car for his birthday, contrary to reports that were making the rounds.

She also claimed that she left her matrimonial home without a single thing and does not even have a car to her name at the moment and uses Uber services to drop and pick Andre from school.