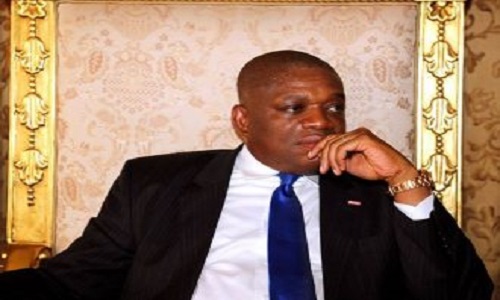 A former governor of Abia State, Dr. Orji Uzor Kalu, has slammed his estranged party, the People’s Democratic Party for treating him with utter disdain despite being one of the foundation members.

Kalu, who pitched his tent with the ruling All Progressives Congress in November 2016, ‎said he gave the party its first N500m and supported the election of former President Olusegun Obasanjo with N100m.

He added that if the PDP were a company, he owned 90 per cent of its share.

Kalu was the governor of Abia State under the umbrella of the PDP between 1999 to 2007.

The ex-governor made this known on Monday in Washington DC, United States of America, during a dinner.

“By then, I wasn’t in government. I also gave the presidential candidate, Chief Olusegun Obasanjo, over N100m in 1998.

“How many Nigerians would have done that? Yet the same government, the same PDP, took my bank, took my airline, took my oil licence to put me out of business entirely because I proposed that I must run for president in 2007; I also opposed the 3rd term, which they are denying today.”

Kalu, who spoke on many issues, ranging from his trial by the Economic and Financial Crimes Commission, fight against corruption in Nigeria, the economy, hailed judges in the US for their courage, urging Nigerian judges to emulate them.

He said the PDP hunted him for his ambition to run for the office of the president in 2007 and for opposing the third term agenda of Obasanjo.