Why Airlines Are Dying In Nigeria – NCAA 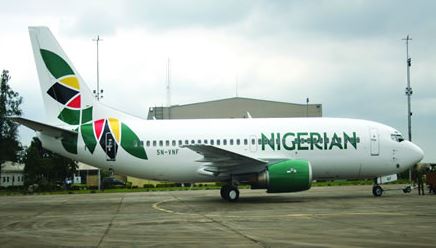 Mr. Sam Adurogboye, general manager, public affairs of the Nigerian Civil Aviation Authority (NCAA) recently spoke with aviation journalists, revealing why more airlines are dying in Nigeria. He also spoke on the perations of NCAA among other sundry issues in the sector. ANTHONY AWUNOR was there for LEADERSHIP. Excerpts.

We had many airlines in the past but the number has reduced considerably over a short time. Why is it so?
At the time NCAA started in January 2000, we had about 150 airlines in our register. In 2006, they came down to 28, the rest went under. It was not because NCAA did not do their regulation well. At a point, the number reduced to 12 and as we talk, we have eight airlines. It is because we do what we need to do; that is why those who have to fizzle out will naturally fizzle out. There was a time when there were banks all over the place but many of them have gone under. You don’t blame this on the government, rather you commend and ensure that customers’ savings are guaranteed.

But NCAA ought to have had inkling about their shortcomings before the airlines go under…
If anyone is saying NCAA did not nip any airline going under, then it means you are saying we should run business for the owners and that is against the prescription of ICAO. We don’t run airline for the owners or run feasibility service for the owners.

What is the process of granting an AOC? Because a lot of people wonder if these airlines ought to have begun business in the country in the first place.
When you want to start the business you indicate interest by sending application to NCAA. When we get the letter we invite them for a meeting. You go on top, consider the application, till you have to demonstrate capacity to run a smooth operation. You have to acquire the aircraft, clear the staff, and have liquidity to back it up and pay the necessary fees. All the necessary security checks are conducted here and abroad and the source of your fund will be established. Before you bring any plane to Nigeria, our inspectors will do flight inspection over there. If the plane is airworthy, we clear it to be brought into the country. On arrival, we carry out comprehensive system check on the airplane and we go in that order to issue Air Operating Certificate, (AOC) for each aircraft. You may likely ask what the requirements to get AOC are. Before you get your AOC, it means you have demonstrated capability to run safe and smooth operations. The laws are so clear, if you are not able to fulfil safe operations as your operations continue, then, naturally, you will find your way out of the business. For example, if you do not have insurance for airplane, naturally that airplane will be on ground.

What is your take on the complaints by some operators about multiple taxations?
There is no country where there are no charges, whether landing, parking, overflying, amongst others. There are some charges that we are not charging in Nigeria, such as hotel, task, tourism development. There is no country where airlines are not going under. United States have the greatest number of mergers. If big carriers in the US are merging, why do we think airlines cannot merge in Nigeria? Businesses are run with corporate governance. It is not within the privy of regulatory authority to say who will be the accountant or managing director. There are airlines you get to know their source through corporate governance. It is not about the number of aircraft you have or whether it is brand new, it is whether you run your business the way it should be run. It is within the privy of the investor to get the right person to do the job and once it is done, you will prosper in it. There are airlines that are running domestic operations that we send commendation letters to for doing the right thing. There are airlines that pay their bills as and when due. There are still those who do the right things. You run airlines using the right equipment for the right operations. You need to prepare and invest on the route; you need to know yourself and what you have passion for. You also need to know the problem you want to solve. You go into business because you want to solve a problem and because you have passion for it. If you don’t want to feel the heat, you don’t go to the kitchen.

What about the five per cent ticket sales charge?
The business is highly capital intensive. There is no operator that did not know about the charges. There is an emerging carrier that is growing today, he operates like a passenger and staff and they are growing. NCAA has to put up certain measures to stay abreast. Five percent ticket sales charge is not paid to NCAA by the airlines; it is added to the passengers determined airfare. When passengers pay five percent how does it become a charge? The airline brought up the idea that to enhance passengers’ facilitation at the airport, they will collect the five percent on our behalf, after which the monies will be remitted to us, which we all agreed to in 2001. The money is for the sustenance of the Civil Aviation Authority (CAA). We had to compare what obtains in Canada, United States, South Africa and other places, all CAA are meant to be autonomous and it cannot be autonomous if we are not financially autonomous.

How then has the agency been sustaining itself?
We exist because of the safety of passengers and the passengers pay for the CAA to run. The day they say government should start giving us money, then we become non-autonomous. The five percent ticket sales charge is in the Act passed by National Assembly. If not for the foreign airlines that pay as and when due, they will have grounded NCAA in Nigeria. The sanctions are there and when we assist the airlines, they don’t say it.

What is the relationship between NCAA and the airlines?
We are not supposed to regulate people out of existence. We offer assistance to the airlines to stay afloat. Sometimes waivers are given to assist. When it comes to enforcement and compliance, we are very diligent on that. As we speak, I have letters of sanctions with me. Airlines will go under if they don’t operate within the law. We use to have 150 airlines, but today we have what we have because someone is doing the job. We are not supposed to run airlines for the owners and there is nothing like multiple charges. There is nowhere in the world that there are no charges. People are in the business and they are doing well. This is because they use the right equipment for the right destination and there is corporate governance. People should allow the NCAA do their job.