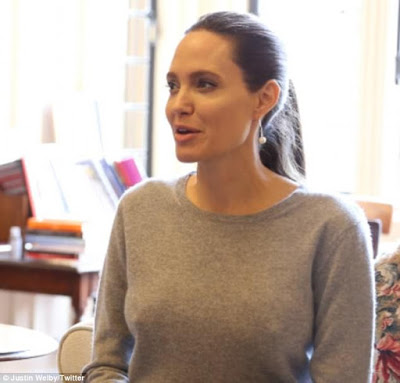 Popular American actress and UNHCR special envoy, Angelina Jolie has sparked major outrage on social media after appearing at a meeting with the Archbishop of Canterbury without a bra.

The public figure who was some weeks ago involved in a divorce drama with her man, Brad Pitt drew public attention after photos of the meeting surfaced online.

The attention was however drawn to the actress’ mammary gland as her nipples appeared visibly in the material she wore for the meeting. Ignoring her message, several social media users have attacked the actress on her choice of outfit to the meeting with the cleric.

While some pointed accusing fingers at the actress, other social media users saw nothing wrong in her choice of outfit. 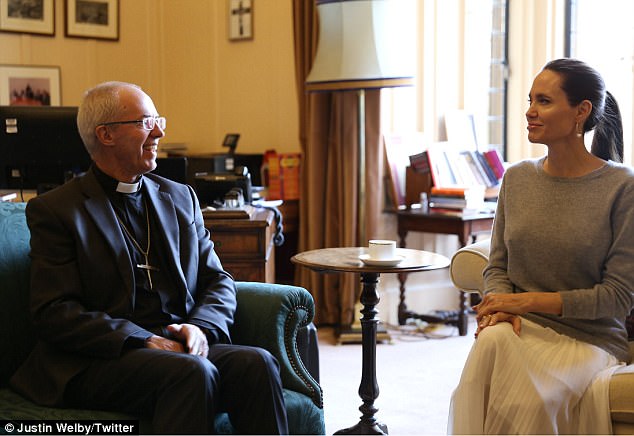 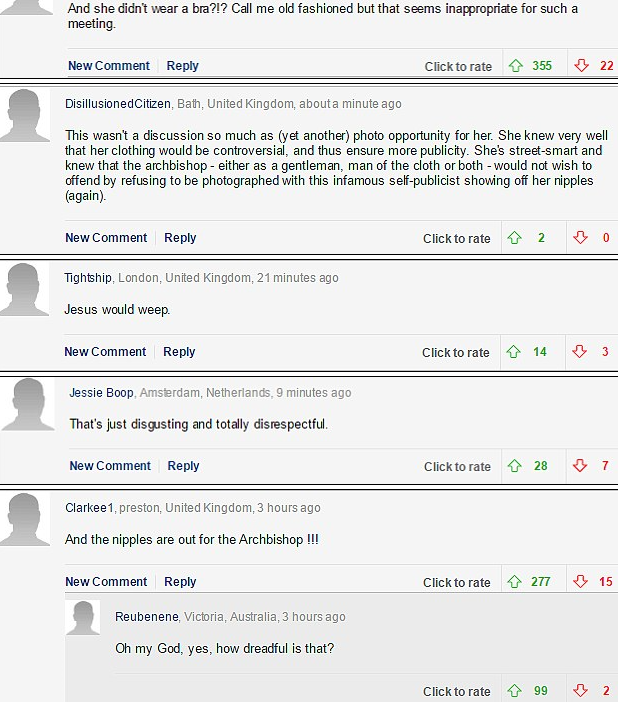 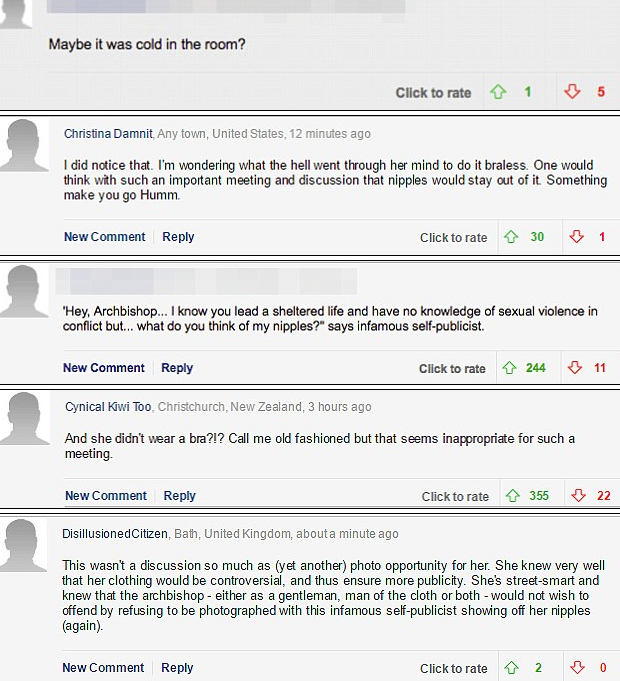 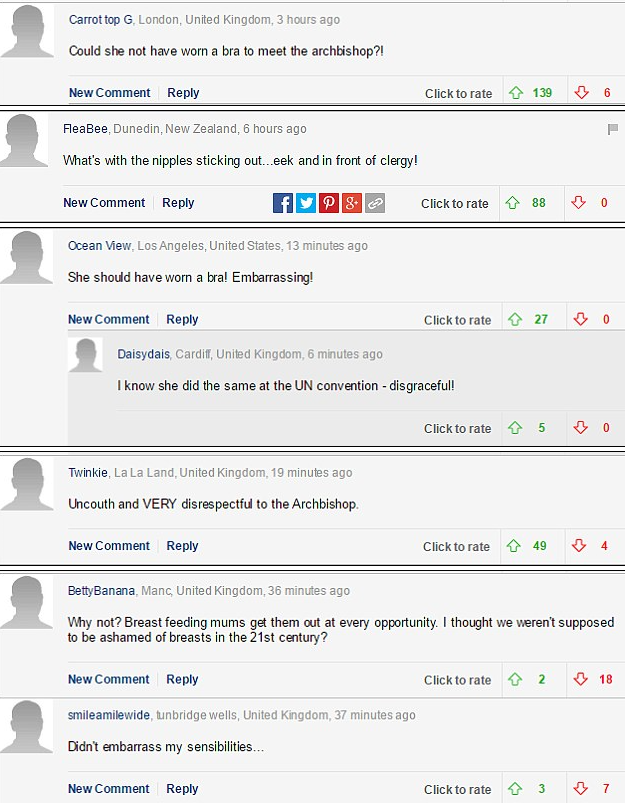