As if this week’s Tasks that required the Housemates to show their artistic creativity was not enough, Biggie decided to stretch things a little more.

This week’s theme was Extreme Art and Biggie gave the Housemates a lot of challenges, such as making a portrait of Biggie, sculptures in honor of a fellow Housemate, as well as painting a picture using their bodies as the “paintbrush”, among other challenges.

The Housemates were given a Task this morning, where they had to redesign the Arena wall, using paint. They had to create their own Nigerian Wall of Fame. However, they had to think beyond famous people and monuments.

Immediately after the Task brief, HoH ThinTallTony had the Housemates change into comfortable clothes. A few ideas were tossed around as the Housemates drew sketches of what they would paint. One of these ideas was a painting of a book, with hands placed on it and inscriptions of the different tribes in Nigeria. 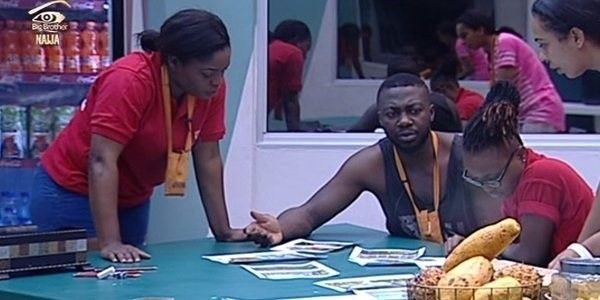 “Since we cannot do a flag, we thought we should do a painting of a book,” Uriel explained. She was teamed up with Efe.

Another idea was to create a timeline of events depicting how Nigeria was a few years ago and how it is today.  This idea was from Bally’s team. Bisola’s team came up with the idea of drawing hands beating on a drum. They also came up with a drawing of hands holding a 50 kobo coin.

The Iroko tree and gaping mouth sketches were the first to take shape on the Wall of Fame. Following closely were the palms holding the 50 kobo coins and the village huts. 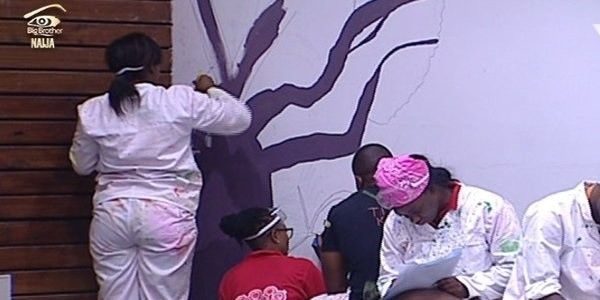 The Iroko tree is a large hardwood tree commonly grown in West Africa. Bisola and Marvis worked on the Iroko tree creation, while HoH ThinTallTony worked solo on the creation of the gaping mouth.

During their brainstorming session earlier, the Housemates discussed the rationale used in choosing the sketches. Biggie had informed them to think beyond using people and monuments. Explaining the gaping mouth sketch during the discussions, ThinTallTony said, “We came up with the open mouth, depicting how loud some of us can be.” 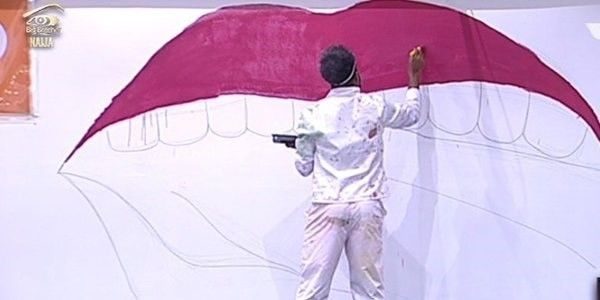 The village huts were part of the timeline idea, which Bally and TBoss thought would represent how Nigeria was a few years ago and how it is today.