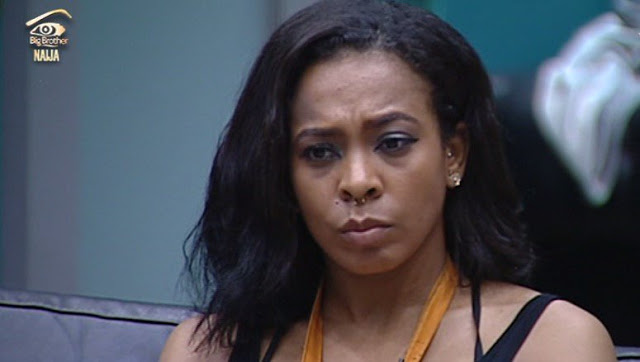 After the remaining housemates of the ongoing BB Naija reality show were given the pass by Big Brother to conspire and talk about who they want to get evicted, Tboss has commented that ex-housemate, Kemen, who was disqualified for sexually assaulting her, is the biggest ass-kisser she has ever seen.

The Nigerian-Romanian housemate disclosed this in a conversation with fellow housemate, Debbie-Rise.

Recall that Kemen was kicked out of the house after he was caught on Camera fondling T-boss without her consent while she was asleep. Upon his eviction, Kemen claimed T-Boss withheld the truth about the events that led to his disqualification and eviction.

Debbie-Rise, however, advised that the housemates shouldn’t conspire even though it has been allowed.

T-boss told Debbie, “You know the one person that was the biggest kisser this house has ever had? Kemen. Kemen could lick nyash.”

Debbie Rise then asked, why did you say that? She replied, “Because he was the one that asked me to watch them [other housemates].”