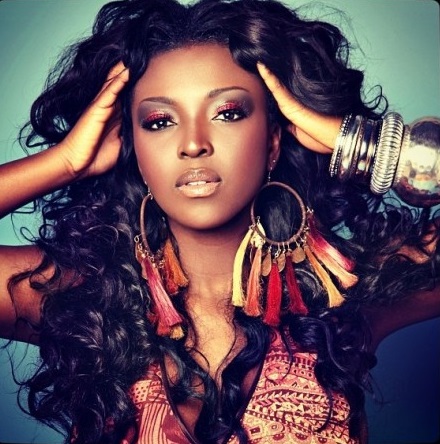 Popular Ghanaian actress, Yvonne Okoro who is originally from a Nigerian and Ghanaian descent and whose movies are some of the best selling in Nigeria Cinemas and the rest of the world has given her thoughts on Ghanaians’ complaints and the AMVCA.

Speaking with Joy News, the talented actress noted that Ghanaians are quick to complain when Nigerians and South Africans bag all the awards, but they never put in effort to vote for the movies they claim to support.

Yvonne’s movie received multiple nominations but did not win any. She however blames Ghanaians for never proving their dedication to their movie industry.

“It means people didn’t vote that’s what it means. When you say this, people get angry. They go and watch the thing (award shows) and go like why are Nigerians only winning, why are South Africans winning but it’s a viewer’s choice awards, you’re meant to vote so that the one that you want to win, would win. And you’ll realize that we have that problem.

We talk a lot about supporting, oh yes! Let her go, we’re so proud of you but nobody goes out there to vote if you look at Big Brother and all these shows, the person cannot win if you don’t vote. So you’ll realize that for my last movie ‘Contract’, the ones (awards) I won were all by the jury and not by popular votes so that should tell you that Ghanaians don’t know how to vote and when you don’t win, they would want to ask you why you didn’t or, get angry and say why are Nigerians winning. It’s because they vote for their people. No matter how terrible the movie is, they go out there and vote because they want their country to win.

What’s most important is that, next time, let’s not just celebrate the person or the fact that she’s been nominated. Yeah being nominated is fantastic but trust me, winning is the best. So next time, let’s go out there and vote for Ghana, vote for your people so that they can win but the fact that we were nominated and at least Ghana represented, I think it’s a beautiful thing but it would have been better if I won.”

On what Yvonne Okoro thinks about her works being the only ones recognised by the awards competition:

“I don’t know because I didn’t watch any of the movies and don’t know the movies churned out last year or last two years but it’s a very competitive award show.”

Sometimes, a movie not making it doesn’t mean it’s not good. It’s good, better, best, so it’s like your movie might be good but there are better ones or, you didn’t follow due process so because of that and due to a certain reason, your movie will be disqualified. And these things, they wouldn’t come and tell you that your movie was disqualified but you just won’t make it so in the end, your movie might have been great, but you wouldn’t get to that point.”