The Governor of Benue State, Gov. Samuel Ortom has blamed most of the recent killings in the State on Criminals and not the herdsmen as claimed by some persons. 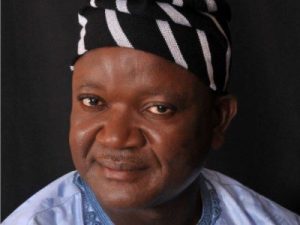 Ortom said this after the State Security meeting in Makurdi on Monday.

The governor also said the killings were not due to communal clashes, stressing that they were carried out by criminal elements bent on unleashing terror and mayhem on innocent citizens.

He, however, promised that the killings would soon be nipped in the bud; and the perpetrators arrested and prosecuted.

He further said that the criminals had been identified and that the security agencies would soon go after them.“We are not ready to surrender the state to criminals”, the governor vowed.

He said all hands must be on deck to enable the government to succeed in addressing insecurity.

“Security challenges cannot be tackled by a single individual or by the police alone but all must cooperate for the overall benefit of all and sundry”, he said.

Reacting to Rivers Gov. Nyesom Wike’s recent comments on the issue, Ortom said he was ready for a probe at any given time.

He said he had nothing to hide as he was keeping Benue people abreast of every financial transaction undertaken by the state and what he had received from the Federal Government.

Ortom advised Wike to concentrate on governing his state and stop making unguided utterances against him.