The Police and the military has increased their security in Buruku Local Government Area of Benue state, following an attack by suspected Fulani herdsmen, in which five people were killed in Mkovur and Tombo communities.

More security personnel including soldiers and the police have been deployed at the request of the state Governor, Samuel Ortom, to reinforce those on ground.

The Special Adviser to the governor on security, Colonel Edwin Jando (rtd), who disclosed this in a statement on Sunday, said the reinforcements have already arrived their destination.

According to Col. Jando, his office had received reports of the killing of five persons including a tax collector on Saturday, whose bodies have been recovered.

He also offered an assurance that security personnel have been deployed to logo, Ukum, Katsina-Ala, Tarka, Gwer, Gwer west and Agatu to embark on patrols and forestall an escalation of the crisis. 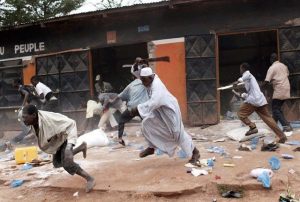