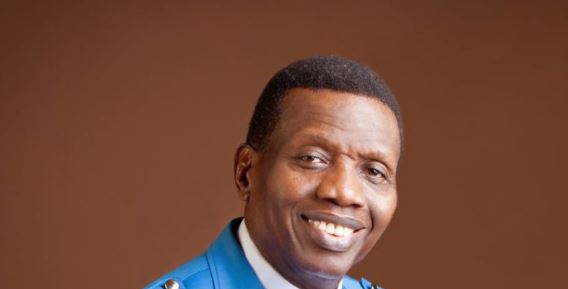 There were many of us contesting for the hand of my wife. I wanted to marry a beautiful princess but I was the least qualified among the many suitors. Out of the number, three of us were in the forefront. But I was a student, while one of us was a lawyer who owned a car. All I had was a ‘foot wagon’ (moving around on foot). I decided to let her know my financial status.

“I said to her, ‘Please, listen. I have nothing; no money, no house, no influence, nothing.’ I told her that if I had anything at all, it was the little brain God gave to me. ‘I have nothing to offer you except myself. If you will marry me, you will have me to yourself completely.”

This is a part of the story of the life of the General Overseer Worldwide of the Redeemed Christian Church of God, Pastor Enoch Adeboye, as revealed in Stories of Pastor E.A. Adeboye: The Power of Testimony, a new book on him, written by seasoned writer and journalist, Bisi Daniels.

According to the publishers, the publication tells the story of his “amazing transformation from debilitating poverty into a powerful man of God revered by millions of people across the world.”

The 350-page book, which shows for the first time the house in which Adeboye was born and the primary school he attended in Ifewara, Osun State, was released two weeks ago to mark his 75th birthday.

The writer adds that the story becomes a compelling read on learning that, after breaking free from the vicious cycle of poverty in his family to become a lecturer at the university and living in a palatial home, Adeboye abandoned all that to live in a one-bedroom apartment in Mushin, Lagos, as the General Overseer of the RCCG.

Daniels, who had published some novels under the name, Bisi Ojediran, says Daddy G.O., as the man of God is fondly called, confesses that at that point he was scared but God assured him of His support. Instructively it was at that point God promised him a city, which has turned out to be the now famous Redemption Camp.

The church had only 40 parishes then but it now has over 32,000 in Nigeria, over 700 parishes in the United Kingdom, and many more spread across over 196 countries including Samoa, Fiji, Serbia, Pakistan, Lebanon and the United Arab Emirates.

The subjects covered in the book include the transformation of The RCCG, testimonies on faith, salvation, miracles, marriage, fruit of the womb, temptation, un-forgiveness, the dark world of power and principalities among others.

Daniels feels privileged to have worked on the project that he calls “a great book of a very great man of God; a rare person of our time, who so many people around the world are grateful to be alive to see at work for God.”

He adds, “I have written many books but this is the most important and most impactful of them all, with the promise to touch lives of many people around the world. Sometimes I get the sense that I was specifically prepared by the circumstances of my life in the last nine years to write this particular book.”

He explains that working on the book has transformed him, got him closer to God, and equipped him with greater understanding of the spiritual realm.

In the foreword he wrote just before he was sworn in as the Vice President of Nigeria, Professor Yemi Osinbajo (SAN) recommends the book highly.

He notes, “The sharing of what (Daniels) calls ‘stories’ is an integral part of the sermons of Pastor Enoch Adejare Adeboye, General Overseer of the Redeemed Christian Church of God, who is fondly called Daddy G.O.

“Most of Daddy’s ‘stories’ are indeed miracles, used to illustrate his sermons and show the power of God, rather than his own achievements.”

But what was lady Folu’s response to the then bachelor Adeboye’s passionate plea decades ago?

Daddy G. O. further notes in the book, “Surprisingly, she replied, ‘Because you are so honest, I will marry you.”