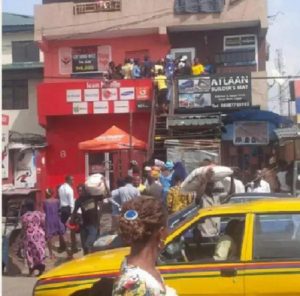 Ahead of Acting President Yemi Osinbajo visit to Lagos State, on Tuesday, the price of a bag of rice now sells for N8,000.

According to a Facebook user Liberty Badmus the crash in the price of rice crashed ahead of Osinbajo’s visit.

Badmus also said: “Are you in Lagos? Rush down to Ebute Metta @ Oyinbo near First Bank where a 50kg bag of rice is sold for just N8,000.”