Plateau State was created out of the then Benue-Plateau State on February 3, 1976 by the Murtala Mohammed Regime. It’s capital is Jos.  Jos the original name of ‘Gwosh’ was wrongly pronounced as ‘Jos’ by the Hausa who settled on the site and turned it into a trading centre.

Plateau State gets its name from the Jos Plateau, a mountainous area in the north of the state with captivating rock formations. Bare rocks are scattered across the grasslands, which cover the plateau. The altitude ranges from around 1,200 meters (about 4000 feet) to a peak of 1,829 metres above sea level in the Shere Hills range near Jos. Plateau State has led to a reduced incidence of some tropical diseases such as malaria. The Jos Plateau, makes it the source of many rivers in northern Nigeria including the Kaduna, Gongola, Hadejia and Yobe rivers. 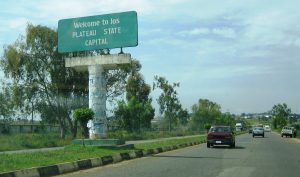 Plateau State is also divided into chiefdoms and emirates, each encompassing ethnic groups who share common affinities. Leaders of the chiefdoms are elected by the people from amongst several contestants who may not be related to any past chiefdom leaders, while succession to the position of an emir is hereditary.

Plateau State has over forty ethno-linguistic groups but no single group large enough to claim majority position. Some of the indigenous tribes in the State include: Afizere, Amo, Anaguta, Angas, Aten, Berom, Bogghom, Buji, Challa, Chip, Fier, Gashish, Goemai, Irigwe, Jarawa, Jukun, Kwagalak, Kwalla, Meryang, Miango, Miship, Montol, Mushere, Mupum, Mwaghavul, Ngas, Piapung, Pyem, Ron-Kulere, Rukuba, Taletc, Taroh, Youm. Each ethnic group has its own distinct language, but as with the rest of the country, English is the official language in Plateau State although Hausa has gained acceptability as a medium of communication.

These people groups are predominantly farmers and have similar cultural and traditional ways of life. People from other parts of country have come to settle in Plateau State and generally coexist peacefully with the indigenes. These include the Hausa, Fulani, Igbo, Yoruba, Ijaw, and Bini. Plateau State is predominantly Christian.

ECONOMY
Tin mining activities began in 1902 under the British and continue to present day.