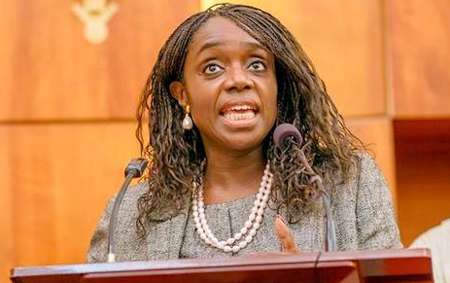 Money released for capital projects to federal ministries, departments and agencies, MDAs, from the 2016 budget, have surpassed a record N1 trillion, the Minister of Finance, Kemi Adeosun, has disclosed.

Mrs. Adeosun described the achievement as the highest ever budgetary release in Nigeria’s annual funding for capital projects.

“So far, N1trillion has been released on capital allocations. This is the highest so far in the history of this country,” the minister said.

“With the current stability in (crude) oil prices and the return of normalcy in Niger Delta, I am sure we will do more this year (2017),” she said.

The Minister disclosed the figures in an interactive exchange with members of the House of Representatives Tactical Committee on Recession in her office in Abuja.

She said the amount was released for various projects proposed in the 2016 budget, including the commencement of the construction of a dual standard railway line that would link Lagos and Kano, rehabilitation of roads, expanding irrigation facilities to boost agriculture and the upgrading of aviation infrastructure throughout the country.

Details of the releases, the minister explained, include aggregate releases to the MDAs of N870.1billion as at the end of February 2017 and additional releases of N65.4 billion.

Other releases included manual authority to incur expenditure (AIEs) in February 2017 (N11.18 billion) and an additional manual AIEs worth N45.8billion as at March 13, 2017.

She said contractors returning to project sites around the country have employed workers, contributed to economic growth and improved the wellbeing of Nigerians in line with the strategic objectives of the present administration.

“We are determined to transform the economy. This is why we are focused on capital expenditure. If we have our rails, road and power, then we will be able to generate jobs and prosperity,” she said.

The release of the capital vote in the budget is in line with government’s drive to devote more resources for the execution of capital projects, especially the upgrade of the country’s infrastructure to provide the enabling environment for investment in the economy.

The Executive Council of the Federation in its meeting on March 22, 2017 had approved the reconstruction of 12 more major highways across the country for N80 billion as part of efforts to boost transportation in the country.