Home Entertainment Chocolate City Boss, Audu Maikori Collapses at MUSON Center, Lagos
Facebook
Twitter
WhatsApp
The pressure of being prosecuted by the Kaduna State Government over his fake news regarding the incessant Southern Kaduna crisis may be taking its toll on the entertainment mogul, Audu Maikori. 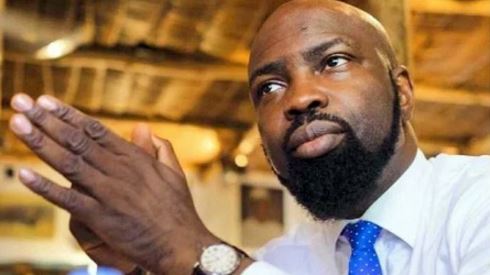 Chocolate City boss, Audu Maikori, reportedly collapsed at the on-going 2017 Women in Management, Business and Public Service (WIMBIZ) holding at Muson Center, Lagos State.
It was not clear what the immediate cause of his collapse is, but we can confirmed that doctors at the venue were able to revive him and he has since been taken to St Nicholas hospital for further medications.
Audu had just finished moderating the Q and A sessions with Mo Abudu and was taking selfie with fans before he collapsed.
Recently, the Choc City boss was put under pressure, following a series of tweets credited to him, over the saddening development in Southern Kaduna.
Source: Sun News