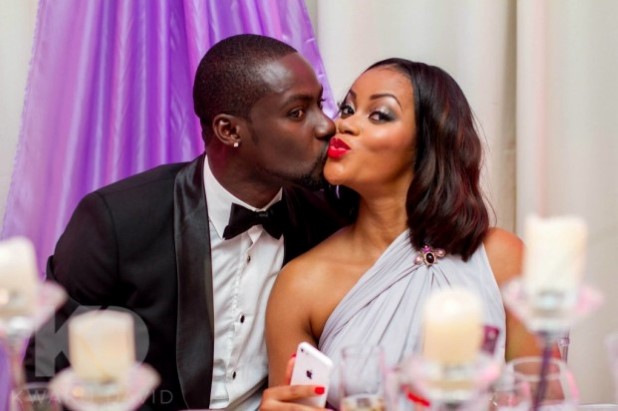 Celebrity Couples, Damilola Adegbite And Chris Attoh have been making headlines for the last few days after GHC broke the news that their somewhat wonderful marriage, has shockingly ended.
And that, it was Damilola that pulled the plug on the marriage.
Today, a reader close the family has told GHC that, Damilola did her best but no woman deserves to be married and put at home like a stone–with her man all over, and not bringing in the cash too.“Look, Chris was never at home and despite Damilola’s complaints, he seems to have always thought his stories were enough,” the source said.

“He always said he was busy working, the reason why he was never at home. And if you are always busy working such that you have no time for your family, where is the money to show for all the work? Chris did not bring that home too, except stories,” the source added.

The source added that you do not make a baby with a working woman and sort of cripple her, while you go about living your life, outside the home–on the back of lame working excuses.
Apparently, it’s so over that–a come back is not possible as “Damilola deserves better” and she “intends to move back Nigeria”.