Home Entertainment “Chris Brown is Actually Going to KILL ME!” – Karrueche Tran laments
Facebook
Twitter
WhatsApp
Chris Brown’s ex-girlfriend Karrueche Tran reportedly fears for her life as she seeks to enforce, and extend, a restraining order against him. On Thursday, she’s prepared to tell a judge in court that he must be kept away from her for good … or else he might seriously kill her. 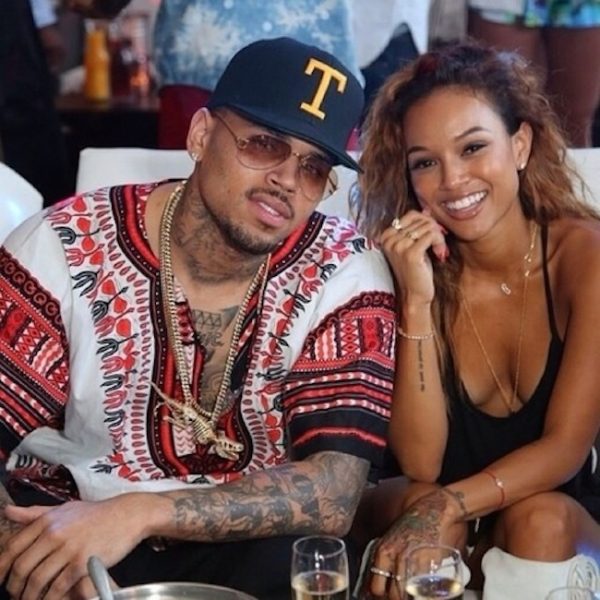 Karrueche sought court-ordered protection after, allegedly, Chris threatened to shoot Karrueche’s friend during one of his recent outbursts.

Chris was also telling friends that if he couldn’t have her no one else could – a belief he also alluded to in an Instagram stalker confessional. She was granted a restraining order, but the papers have yet to be physically served on the R&B singer, who has deftly avoided this. One of Karrueche’s friends also sought, and was granted, a restraining order against Chris last week, in response to his reign of terror.  This goes beyond worrying about what he might do.

In her court documents, Tran alleges that Chris Brown brutalized her, punching her in the stomach and throwing her down the stairs. For his part, Chris has been insinuating or outright saying that Karrueche is lying, although nothing about him would suggest she is.

In any case, Karrueche believes he is such a threat that he should be given an ultimatum to stay away from her for three years, or go to jail. She is preparing her case for a permanent restraining order and says she is not afraid to take the stand and swear under oath to get it.

Tran’s claim that Chris was as violent to her as he was to Rihanna would send shockwaves through the music world, but should it? The only real surprise here would be that anyone doubts Karrueche’s story, according to Chris’ own neighbor, a singer named Kay Cola.

“Some of y’all make me sick to my stomach talking about Karrueche’s lying,” she wrote on Twitter. “I’ve heard him beating her myself.” “I even called the police,” The model adds.

“I used to cry over that situation hearing [Karrueche] screaming at the top of her lungs because I am also a victim of domestic violence. Some of y’all are so delusional defending this man! It’s sick! He will never get help or change because of yes man and weirdos like y’all. I never spoke up,” Kay explained, “cause I didn’t feel it was my place but hearing y’all say she’s lying I can’t just sit by and watch this. I even got into it with Chris because his loud ass used 2 wake up my daughter. He was rude as f-ck & I had known him since he was a kid.”

She said that “the point is, stop defending these a–holes and always blaming the woman. It’s sad & sick & is why women don’t speak out. Women literally get murdered by men who act like this,” Chris’ neighbor adds, “and y’all think that it’s cute or she just wants attention gtfoh.”

As for why she never reported any of this until now? “She left him! It wasn’t my place to speak on her issues, however now that she is speaking on it, I can’t sit by and watch people say she’s lying.”

“The police didn’t do sh-t,” she claimed, “they have been called out several times, do your research North Hollywood Police station. I spoke to her about it and I sent people upstairs and even went upstairs myself,” she said, adding, “I did what I could and that’s that.” Tran is due in court later this week.