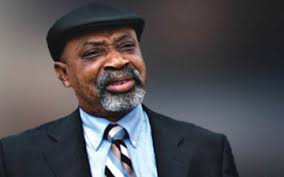 has asked state governors to fix the  federal roads passing through their states instead of waiting for federal inter­vention which could be long in coming.

Ngige, said this in Umuahia, Abia State, he also  argued that it makes no sense for the governors to keep complaining about the deplorable condition of federal roads in their states when they could help in rehabilitating them, at least, for the sake of their people who are the major users of such roads.

He recalled that while he was governor, he re­built most of the dilapi­dated federal roads in Anambra while his suc­cessor in office was later reimbursed by the fed­eral government.

Ngige said, “I re-built three quar­ter of all federal roads in Anambra and later went for refund, but Peter col­lected the refund of N12 billion.”

Ngige also challenged state governments to consciously invest in ag­riculture as a quick way to revamp their econo­mies and be less de­pendent on allocations from the federal govern­ment.

He commended Gov­ernor Okezie Ikpeazu whom he said had pro­cured two million palm seedlings for distribu­tion to the people with a proposal for additional seven million later in the year.

Ngige also enjoined the people of South East to stop castigating but support President Muhammadu Buhari whom he claimed has been showing some fa­vour to the zone.

He Concluded saying,“They said Buhari hates us but he has been giving us things silently.”