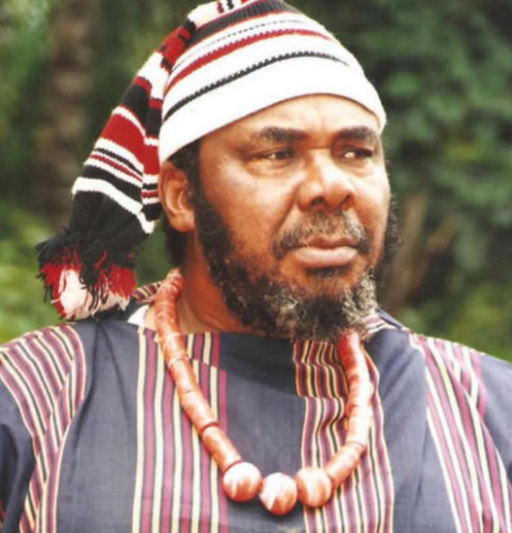 Seasoned Nollywood actor, Chief Pete Edochie, clocked 70 on Tuesday and the social media was agog with celebration. Goodwill messages flooded Twitter and Instagram, as appreciative movie fans across the country strove to outdo one another in celebrating him.

One of the revelations of the day was that Edochie possessed a string of chieftaincy titles, real and invented, that would make most traditional Igbo chiefs go green with envy any day.

For many fans, the occasion also provided an opportunity to unveil the popular actor, fondly addressed as the ‘Igwe Ogadagidi 1 of Nollywood’, as the ultimate king of African proverbs. While the celebration lasted, the social media was virtually awash with proverbs and quotes credited to the ‘birthday boy’.

Much later, Edochie, in an interview with our correspondent, said he was grateful to God for making him to live this long. “I am very grateful to God that he permitted me to live up to 70 years. This calls for a special celebration. When I remember that many of my age mates have gone to the great beyond without attaining this age, I really feel grateful to God.

“I come from a family that enjoys longevity. My father was 96 years-old before he died. My father’s immediate sister also departed at 98 years. So, we are nonagenarians in a sense,” he said.

Admitting that his acting career, which officially began with the production of Things Fall Apart, the celebrated film adaptation of Chinua Achebe’s epic novel of the same title, predated Nollywood by seven years, the popular actor described his experience in the film industry as warm and fulfilling.

“When I did Things Fall Apart in 1985, Nollywood was still slumbering in the womb of time. I think that a lot of people in Nollywood look up to me for inspiration because I am one of the oldest people there. They see me as their mentor and father. It is a role that I have enjoyed. So my experience in Nollywood has been wonderful and inspiring.  I worked in other places before I joined Nollywood, but I don’t think that I would like to give up my experience in the industry for any other thing,” he said.

Edochie, who was honoured with a national award – Member of the Order of the Niger – in 2006, also described Nollywood as one of the biggest things to happen to Nigeria. Arguing that the film industry had always positively advertised Nigeria to the rest of the world, especially at a time the country’s image abroad had taken a turn for the worse, he said, “When people keep talking about how Nigeria has become phenomenally corrupt, there is always a redeeming factor. That factor is Nollywood. Nollywood has placed Nigeria on the world map. It has been so good to Nigeria that the most celebrated people in the country today are actors, not politicians.”

Although the actor expressed the opinion that the present situation in the country could be better, he is worried about the part played by ethnic and religious bigots in derailing the progress of the country.

Wishing that Nigerians would truly imbibe the spirit of positive change, especially in their reaction to leadership issues, he said, “The situation in the country certainly could be better. What I don’t feel happy about in this country is the suspicion that characterises our reaction to leadership. When a Christian is in authority, every move he makes is misinterpreted by the Muslims. Similarly, when a Muslim is in power, every move he makes is viewed with suspicion by the Christians. One thing that is destroying this country is ethnic and religious discrimination.

“A Muslim does not think that a Christian can come up with a successful policy and vice versa. This is all nonsense. Why do I say that it is nonsense? Look at the state of the economy, for example. If a country has as many internationally recognised technocrats as this country, there is no reason why the economy of the country should be in shambles. Besides, Nigeria is endowed with vast human and natural resources. We shouldn’t be suffering as much as we are doing now.”